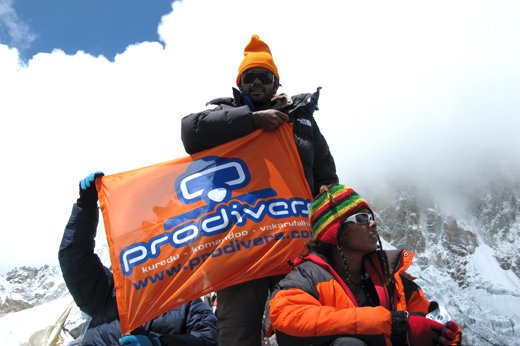 Following on from his whistle-stop of Europe last year, Yaafis took to the road once more summer to see and experience something new.

Clearly the taste of the Alps fueled a desire to climb for Yaafis, as he has just returned from nearly 3 weeks in Nepal’s beautiful Sagarmatha National Park.

At over 3,000 meters above sea level, Sagaramatha is the highest National Park in the world, containing three peaks higher than 8,000m.

One of the major challenges for Yaafis and his group of 8 friends came in the form of Kalapattar.  Kalapattar is a mountain with its summit at an impressive 5,545m.  Kalapattar offers stunning views of Mount Everest, and this was to be the goal for the explorers from this island nation.

Battling falling temperatures as they ascended, the group fought off the cold as the thermometer dropped to almost freezing during the afternoons.  Normally used to 32 degrees and blazing sunshine, the group made sure they wrapped up for the trek.  Without much need for the jackets and warm gear once they returned to the Maldives, they were all pretty relieved when they found out that they could actually rent the clothes at the start of the trek!

The journey up took 14 days, with the group bedding down in lodges and camp sites at night, and after some acclimatisation, the group slowly climbed higher and higher. 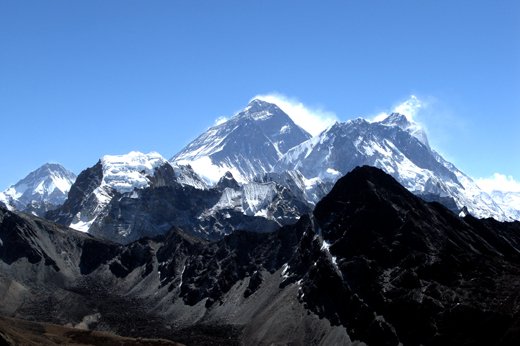 Their reward for all the effort  upon arrival at the snowy peak of Kalapattar, was the exceptional view of Everest!

Yaafis was the 10th Maldivian to step foot on Kalapattar!  After trying to claim the mountain for the Maldives, Yaafis eventually settled for a quick flying of the Prodivers flag which he had tucked away in his backpack!

In contrast, the descent took just 3 days, with all of the tour party happy to be warming up and coming into more moderate temperatures.

The group once again had a fantastic trip and we are curious about what is coming up next year!