Tuesday, 23rd May, was World Turtle Day and Prodivers celebrated in the best way possible – with the turtles!

Guests who joined the Kuredu Lagoon snorkel tour were joined by 2 female green sea turtles, one stayed for quite a while, as if joining in with the celebrations herself! The tour took in the house reef too and there the snorkellers also spotted a giant moray eel.

Divers went by boat to Kuredu Caves, also known as Turtle Airport – the perfect dive site for such an occasion. A staggering 15 green sea turtles were spotted during the dive, including ‘Grandpa’ and ‘Grandma’ – nicknames bestowed upon them by Prodivers due to them being the largest green sea turtles seen around Kuredu. Even though the turtles understandably stole the show, the divers also saw 2 grey reef sharks, a napoleon, a scorpion fish and an octopus.

As Kuredu occupies an enviable location amongst a large resident population of sea turtles, every day’s a turtle day at Kuredu!

If you would like to learn more about sea turtles, why not take a look at the Turtle Photography Course – snorkel with them in the lagoon and gain valuable tips for capturing photos with the wow factor. Or, if you’re a diver, you can earn a PADI Specialty certification by joining the Sea Turtle Specialty Course where you will learn lots of fascinating things about turtles and then identify them during a dive. Snorkellers are welcome to join the theory part of the course on a ‘non-certification’ basis. 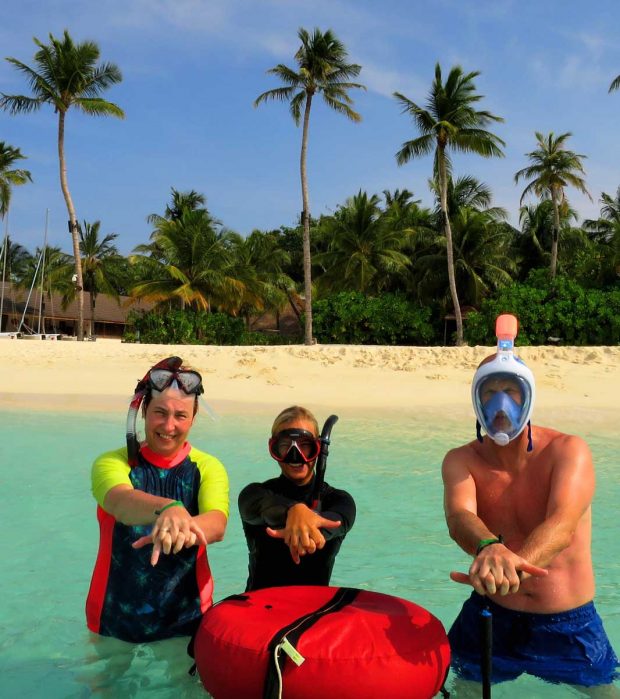