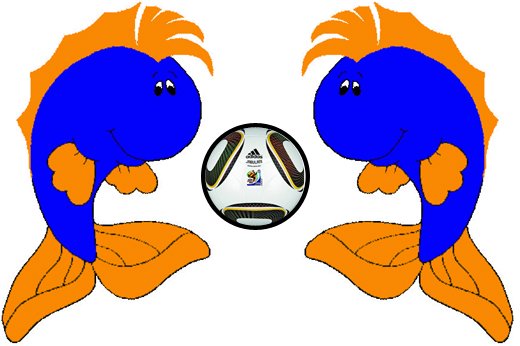 To coincide with the current World Cup in South Africa, we are having our own World Cup here on Kuredu, but unfortunately without the glamour and sparkle brought by the likes of Ronaldo, Torres and Kaka. Instead, it’s the fish of the Indian Ocean that are battling it out against one another to claim the coveted crown.

Following on from some bruising and incredible matches of the group phase, we are down to the last 8 survivors, who look set to produce some spectacular games as the quarter finals commence.

We can’t wait for the first two games of the quarter finals. The first game features the Dolphins against the Seahorses.

Following a brief description of the first two teams playing the game tomorrow: 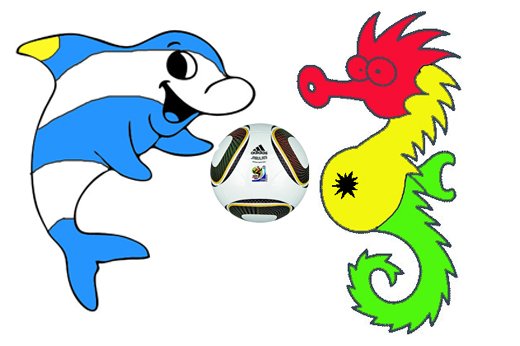 The dolphins possess an intellect far greater than the other teams in the tournament, Added to this is the fact that they love to play with dazzling speed and agility. Used to swimming long distances, the dolphins are not phased by the prospect of extra time, and look set to go the distance. If they can reproduce the team work they display while hunting, then their opponents could be gobbled up early on in the game.

Battling against the dolphins in the first of the quarter finals are the Seahorses. The Seahorses are a tight knit family, and an elegant one at that. The team is full of dynamic players that can change their roles and positions within the team at the drop of a baby. But don’t be fooled by this teams cute and loveable looks, in addition to being good at hiding, they also have some sneaky tricks in their bellies to confuse the opposition.

The second game will decide if the Clownfish-Team or Shark-Team will proudly go on for the next round. Which of the two following teams will be the winner….? 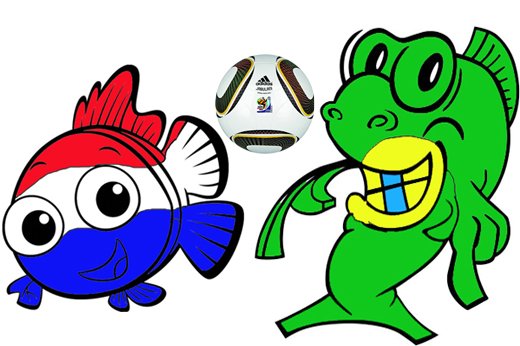 The Clownfish are well known for being very protective and play a very tight game. This could however be their downfall this evening as we see how they will cope with the much larger playing field than they are used to. Hopefully they will have the confidence to play it wide and not just in the middle of the pitch. Small and agile, we have seen clown fish run rings around opponents much bigger than themselves. Some of you may have already experienced that a Clown fish can also be aggressive and fast when it comes to attack.

The Clown fish are up against the mighty Sharks. Despite their immense power, the Sharks appear to be having problems keeping their aggression in check so far this tournament. With red cards being given out willy-nilly during this championships, not only are the Sharks without 2 key players (Hammerhead and Tiger), they need to make sure that they don’t loose any more key players at such a crucial stage of the tournament. This might make them more defensive and hence allow the Clown fish to capitalise on this. But lets not forget that the Sharks have an impressive record upfront and very rarely fail to score once they have the target locked on sight.

Who will win? We will see…