It appeared to be just a regular surface interval between dives in the South Ari Atoll, after a cracking first dive on the two tank. As the dhoni slowly made its way across the flat ocean, the crew became animated as something was spotted on the horizon.

As we approached the object, the size was incredible and it soon became clear that it was motionless. As we came even closer, we could see that it was in fact a dead whale that was floating through the Atoll.

Although the cause of death is unclear, the spectacle that was unfolding around the whale was simply spectacular and once again highlighted nature’s efficiency as a group of tiger sharks, normally very rare to see in the Maldives, was seen feasting on the carcass.

The whale was bigger than the dhoni and estimated to be approximately around 25 meters long.

Tiger sharks can grow up to 5 meters in length and weigh up to 600kg. With dark ‘tiger-like’ stripes along their bodies, tiger sharks are known for their ferocious appetite, but normally spend their days in deeper waters. This free meal would have kept even one of the apex predators in the ocean well fed for quite some time!

A rare opportunity to see tiger sharks this close, and to witness a great spectacle of nature unfolding. 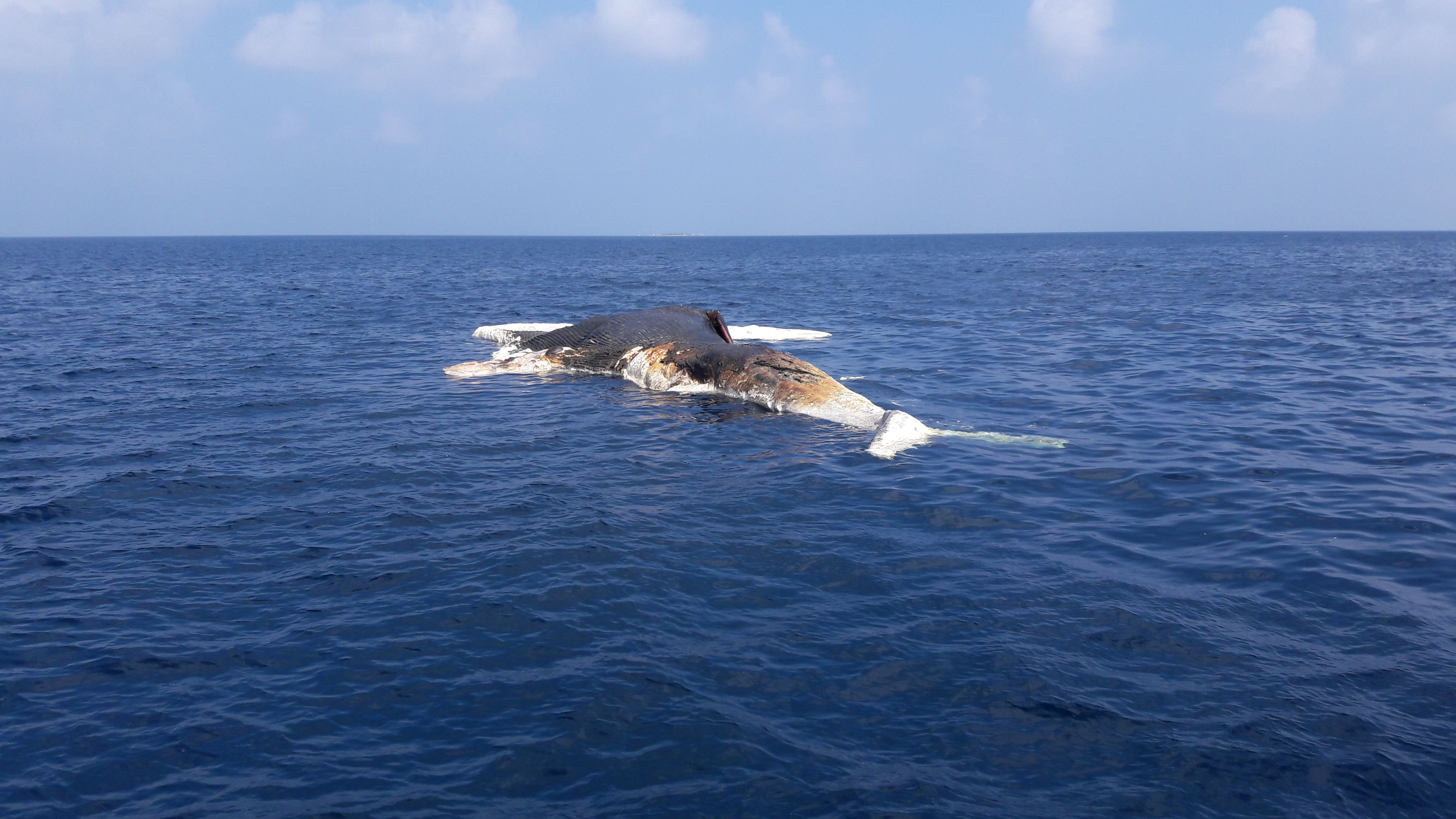