Symbiosis – relationships on the reef

Divers spend their entire dive observing the reef and its inhabitants; those with the patience to stay still and really see what is happening will be rewarded with incredible insights into the relationships on the reef; some of the interactions between the creatures are both fascinating and curious. Relationships between two different creatures, living in close physical association which has a benefit to one or both of them are known as symbiotic. Symbiosis is sometimes talked about during dive briefings but even if divers have never heard of it before, it can be seen in action on all the reefs visited by scuba divers in the Lhaviyani Atoll, Maldives. 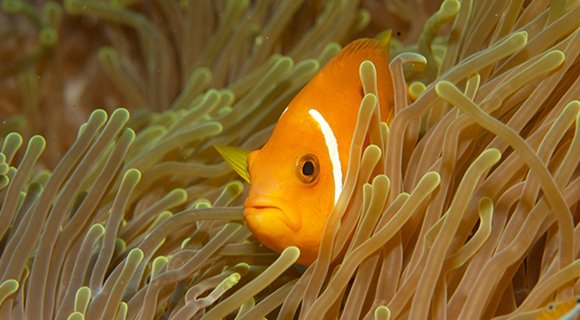 Anemone & Clownfish
The clownfish is immune to the venom secreted by the anemone, enabling them to live among the stinging tentacles, this offers the clownfish protection against predators. In return, the clownfish keeps the anemone free of parasites. In short, they help keep each other safe. 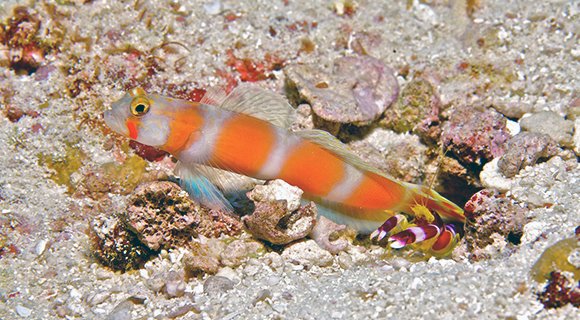 Goby & Partner Shrimp
The shrimp builds a burrow and looks after it, divers can often see them pushing sand out. The goby lives in the burrow with the shrimp and offers it protection from predators. 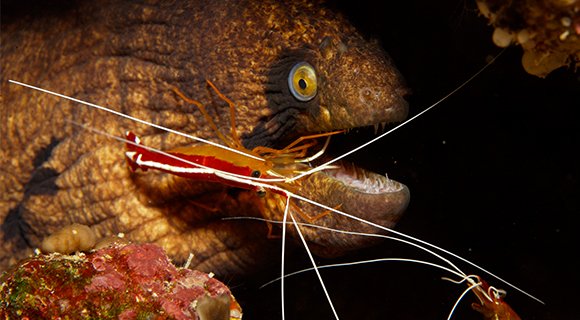 Moray Eel & Cleaner Shrimp
Shrimps work in teams at certain places on the reef, referred to as a cleaning stations and the moray eels pay them a visit. The shrimps could easily become the moray eel’s prey but instead opening its mouth to eat the shrimp, the moray opens wide and allows the cleaner shrimp inside to clean away any debris from teeth and gills, the morays gets a clean and the shrimp gets a meal.

Divers who would like to learn more about life on the reef, including interactions between the creatures should consider signing up for the PADI Underwater Naturalist Specialty.

See new things, on even the most familiar of reefs!