Welcome to the wonderful world of camouflage with stonefish and scorpionfish

The coral reefs of the Maldives are truly magical places where scuba divers and snorkelers can see a huge variety of marine life; the kaleidoscope of colours on display is incredible. There are fish of all shapes and sizes, some typical, some so strange looking that it’s hard to see that they’re actually fish at all! Then there are the super camouflaged creatures that are so hard to see, one could easily be tricked into thinking they aren’t there at all!

Divers with a keen eye are often able to spot the beautifully camouflaged scorpionfish resting upon coral blocks, waiting in ambush for an unsuspecting tasty morsel to swim past; stonefish, on the other hand, can be harder to spot and even when pointed out, can be tricky to see by the untrained eye. These two fascinating creatures are often mixed up when identified so how can divers get the identification correct?

The two species have quite a lot in common such as being camouflaged to blend in with the reef, they both have lightening speed reactions to snap up prey that happen to stray too close to their mouths as they lie in wait. Both also have poisonous spines along their dorsal fin that serve to protect them against predators – another reason to not touch the reef. Both live in the shallow tropical waters fn the Pacific and Indian Oceans. When looking at the differences between them along with photographs, the identification becomes easy and divers will be able to tell them apart like a pro on their next dive. 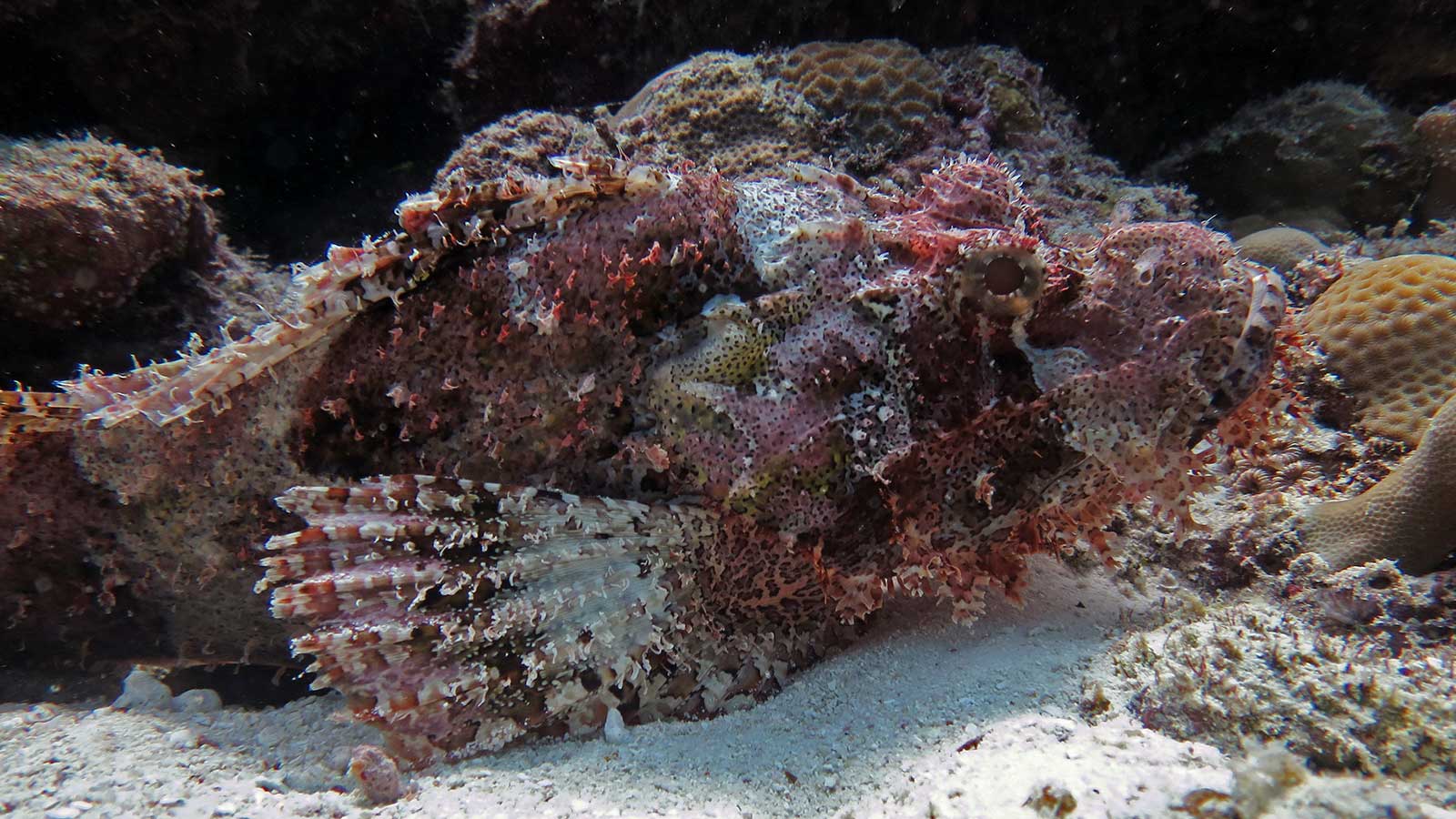 Scorpionfish
Scorpionfish have scales not skin, an elongated, fish-like body shape and their eyes protrude a little from their head. The colouration can change to match surroundings and is often shades of red, pink, orange and brown. 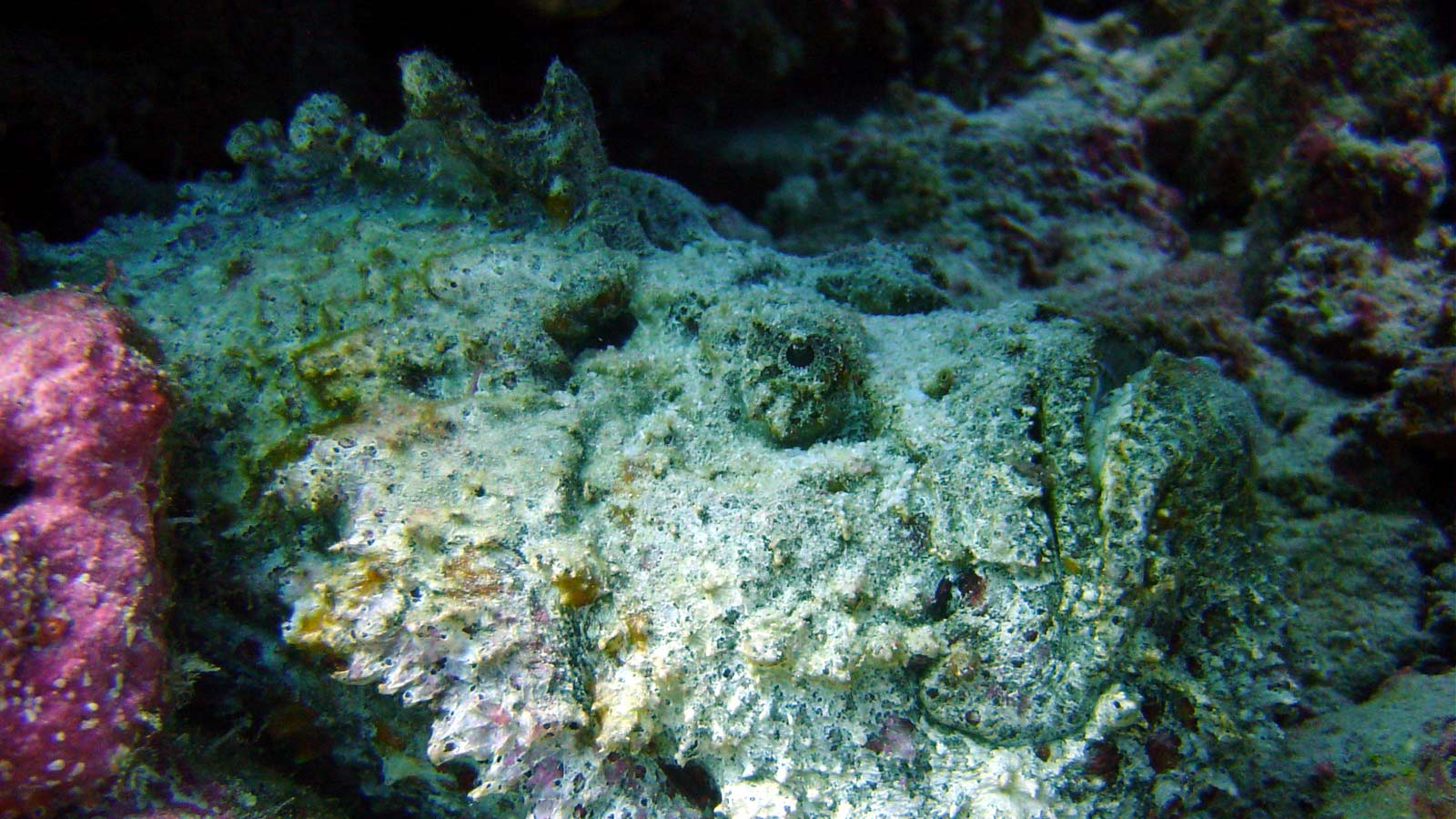 Stonefish
Stonefish have leathery looking skin, often with wart-like sponge growths to add to their excellent camouflage. Their colouring is brown-grey and they can also have orange, red or yellow patches. A rounded body shape means they can blend in seamlessly as a stone or rock on the reef. They have more recessed eyes than a scorpionfish and their mouth makes an exaggerated down-turned grumpy expression!

Both of these fish make great subjects for underwater photographers, they sit beautifully still – the trick is merely spotting them in the first place. So, on the next dive, as well as looking out for the ususal suspects such as sharks, rays and turtles, check the reef itself…it might be more than just ‘reef’.