To coincide with Shark Week on Discovery Channel the Prodivers team at Lily Beach had the idea to count sharks for 1 week during their dives in South Ari Atoll.

Discovery Channel’s Shark Week is an annual series of programmes, which was originally devoted to conservation efforts and correcting misconceptions about sharks. Most sharks eat fish and other larger marine animals. Many shark species are threatened by excessive fishing of their stock.

The results were astounding, and great news for divers who just love to spot these graceful predators. They had 266 sightings of sharks from 132 divers in one week, which is 2 sharks per diver! Of these 266 shark sightings there were 196 white tip reef, 35 grey reef, 32 black tip reef and 3 nurse shark sightings. The hightlight of Shark Week was their full day excursion to North of Ari Atoll; they dived the famous dive sites Fish Head and Aiyabe Thila. At Fish Head divers saw young grey reef sharks and white tips, and at Aiyabe Thila, the guests witnessed adult grey reefs sharks cleaning their teeth. Whalesharks were missing during this week of counting, but the following week made up for it with lucky guests spotting 6 whalesharks on one trip whilst diving and snorkeling.

Are you ready for a Shark Adventure? 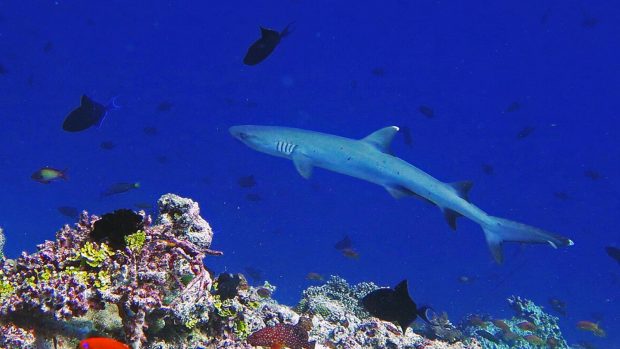 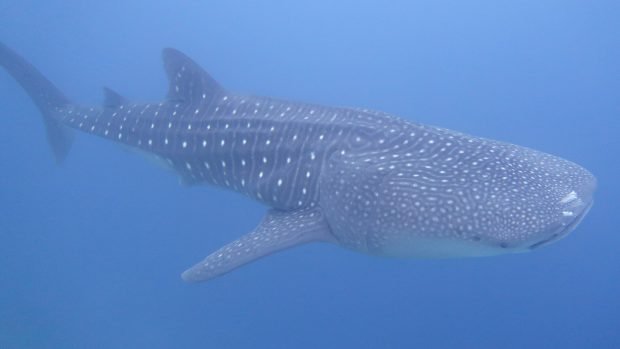 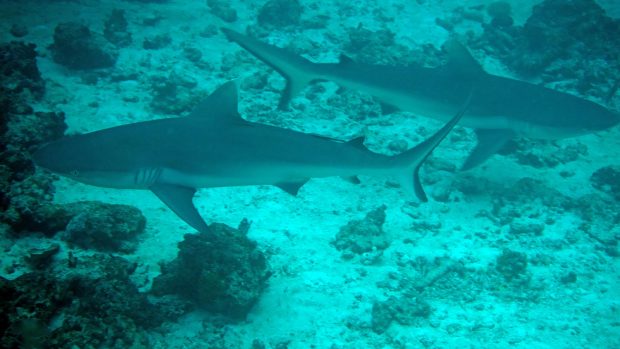 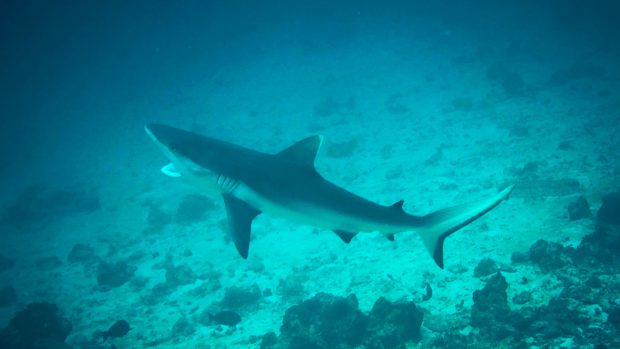