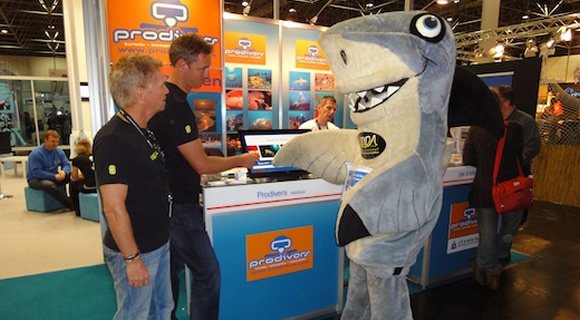 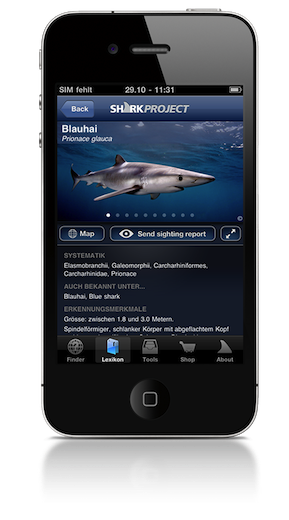 Sharks are a hot topic this year at the Boot Show in Düsseldorf, with many great causes being promoted to help protect shark populations around the world.

The Shark Project is a non profit organisation based out of Switzerland, that are fighting hard to ensure the future of the fish of the top of most divers wish list.

Each year, Shark Project presents a ‘Shark Guardian’ and ‘Shark Enemy’ award.  The Guardian Award is for individuals or organisations that stand out in the fight for shark protection.

This year, we are pleased to report that the award went to the Maldives President Mohamed Nasheed, for the sterling work in extending the regulations to forbid the fishing of sharks across the whole of the country as well as putting a stop to the export of any shark products.

The app contains information about over 70 different sharks, together with where they can found around the world,
and a whole host of other incredible information and photos (English & German).

The app is also geared up with GPS tracking and lets user report restaurants / shops that are selling shark related products so that the Shark Project can get in touch and try to persuade the organisations to remove the items.