There’s nothing quite like the feeling of diving effortlessly through a huge school of fish and in the Maldives it’s something divers can enjoy time and time again due to the prolific fish life on and around the reefs.

Graceful and synchronised to perfection, it can be like watching an expertly choreographed dance show underwater; clouds of neon fusiliers, a large school of humpback or blue-striped snappers – they look very impressive in numbers as they hang, perfectly aligned with one another. Then ‘swoosh!’ they all move in unison, so quickly you can barely keep your eyes on them….it usually means one thing – danger! Once the speed and direction of a predator are sensed it’s all systems go in avoiding becoming their next meal. The fish sense the approaching enemy by way of their lateral line, a line of pores along each side of their body where changes in water pressure are detected. This clever sense is also how the fish manage to move as one, all going in the same direction and almost always remaining the same distance apart from each other. It’s also the reason that when you dive right through a school of fish they part, seemingly to let you through. The school has no leader, it is simply a group all following the same rules – stay together, do the same thing and stay close but not too close, one moves we all move! 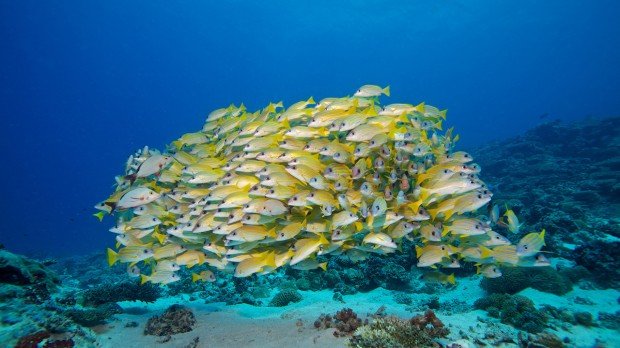 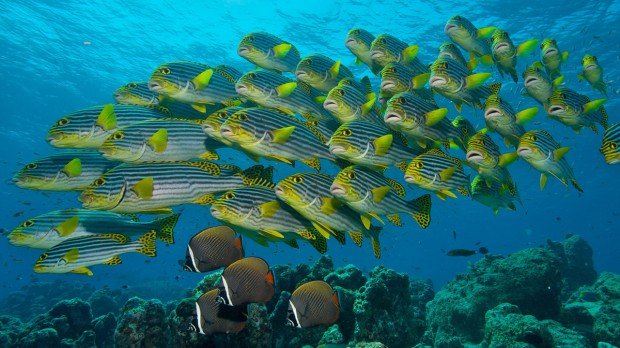 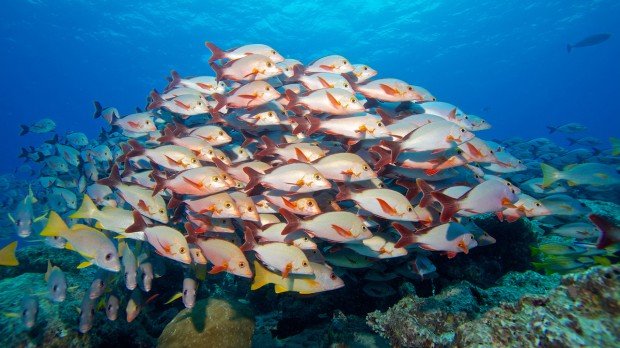 There are a few reasons that could explain the schooling behaviour of fish. Safety in numbers could be one explanation, it is harder to pick off one individual fish, the sheer size of the school may also confuse and deter predators. There could also be benefits in terms of feeding where many eyes are better than two at spotting food, breeding success could also depend on schooling as at least some of the eggs released should elude predators due to the sheer number.

Next time you go for a dive be sure to take time to observe the schooling fish, see if you can spot which one makes the first move in changes of direction, it may even be possible to watch what happens when a predator tries their luck. Carefully and very slowly try to move between the fish and see how they gently move aside and close the gap again after you have passed through. These spectacles of group behaviour are mesmerising to watch and could keep you enthralled for many more minutes than you should actually stay so keep a careful eye on your bottom time and enjoy the show! Last but not least, don’t miss the great photo opportunities! 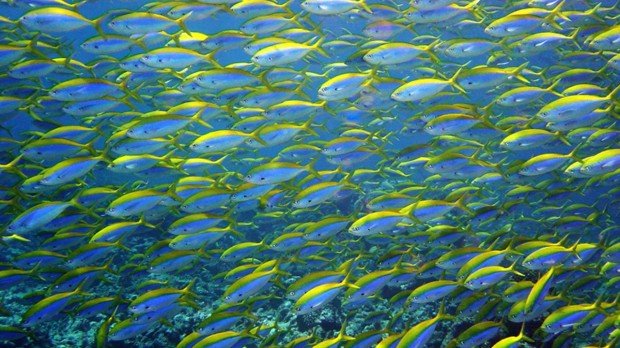 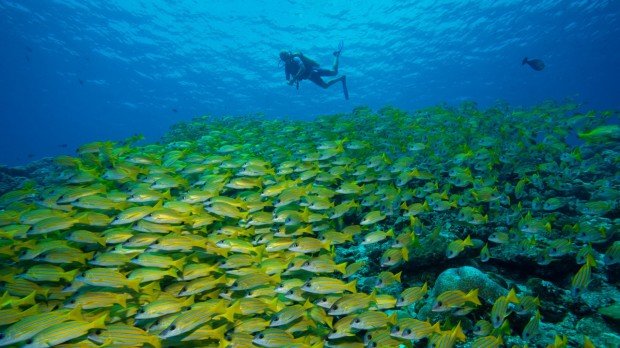 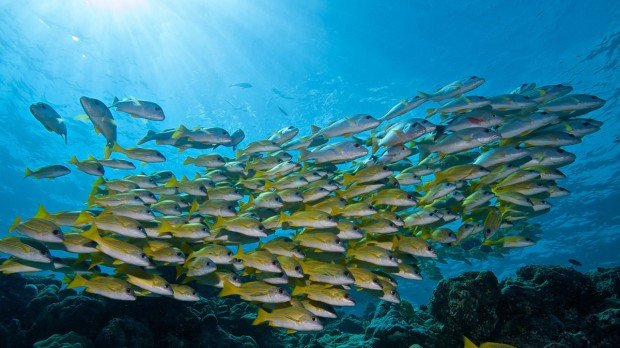