Saizuddin and Komandoo – together for 20 years!

Everyone who comes to the dive center knows Saizuddin, and what an absolute star he is. To celebrate the 20 fabulous years of service he has given Prodivers this blog post is dedicated to him and here follows a snapshot of Saizuddin and his time on the island…

From a town called Comilla in Bangladesh, Saizuddin is the 5th of 8 children; he grew up with 3 sisters and 4 brothers. He married in 2004. And he and his wife have had 3 children, first 2 daughters and then last year he proudly announced the birth of a son.

1998 saw Saizuddin arrive in the Maldives to start working on Komandoo as a construction worker. Later that same year, when the island opened its doors to guests, he started working for Prodivers where he continued with construction and painting. Saizu later began in the role of Divers Support, filling tanks and carrying out maintenance tasks. His hard work never goes unnoticed, many repeater guests highly appreciate Saizuddin’s attention to detail and his willingness to go the ‘extra mile’, so much so that some bring him presents when they return, often with a diving theme such as a wetsuit and fins. He is really enjoying working with Steffi, Marek, Aslam and Ibbe (especially Steffi as she spoils him!), and is not planning on going anywhere else anytime soon.

Even before coming to the Maldives, Saizuddin loved to be in the water and his passion for snorkelling had already begun at home and he now does with his own Kids. Fast forward to 2016 and he finished his PADI Open Water Diver course with Alexis and since then he has been diving the spectacular dive sites of the Lhaviyani Atoll whenever his busy schedule allows. Kuredu Express was the site of Saizu’s most memorable dive – he saw lots of sharks and eagle rays there. One of his best moments was spotting 15 mantas while snorkelling on sandbank close to Komandoo; he has also seen mantas at the house reef while diving – since then they are his favourite marine creatures.

Many of our guests have become friends with Saizuddin over the years and he loves spending time with them and joining them for dives whenever possible. During his 20 years service he has seen many faces come and go, and he has made a lot of life-long friends along the way.

So, what’s behind that dazzling smile? Saizuddin smiled and simply said that there are many funny moments during the day!

You may have your own fond ‘Saizuddin moments’ – share them with us on our Facebook page, Saizuddin is sure to be checking!

Finally, from Steffi, Marek, Aslam and Ibbe at Komandoo and everyone else across all the Prodivers Dive Centers, ‘Thank you Saizuddin, it’s a pleasure to have you as a colleague and friend’. 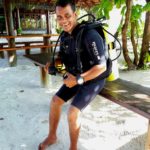 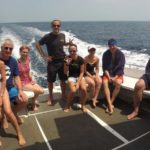 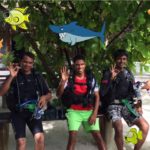 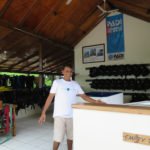 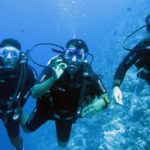 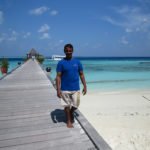 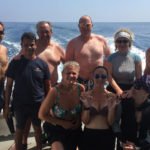 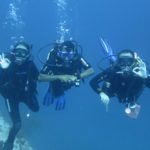 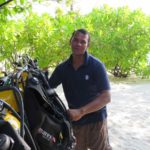 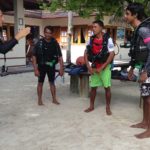 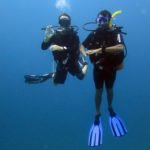 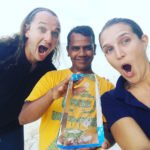