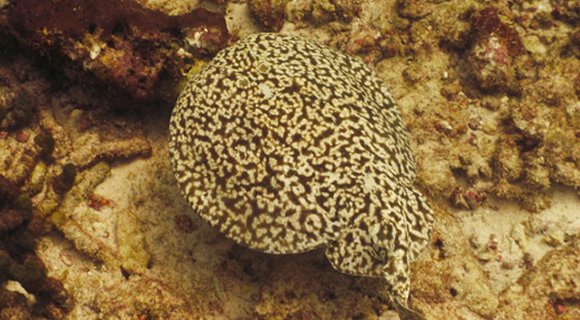 Anna, Bjoern and Scott decided for yet another scooter dive after having completed the Scooter Specialty Course and it turned out to be another rewarding dive. Guess what our adrenaline junkies found at Fushivaru Corner this morning?

Ben and the group spotted an electric ray, more precisely a marbled torpedo ray, also called crampfish and numbfish. They are sluggish and slow moving, propelling themselves along with their tails, rather than using their disc-shaped bodies, as other rays do. They feed on invertebrates and small fish, using their electricity to stun and capture it. Their eyes are situated on the top of their head, resulting in poor vision that must be compensated for with the use of other senses, including the detection of electricity. 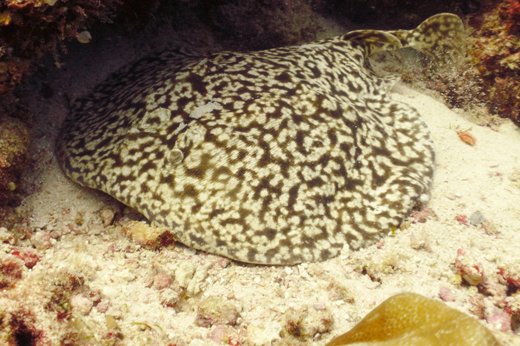 You should have seen the grin on their faces on return! Scott, an Australian instructor whom we have kind of adopted in the last two weeks as he has already done 22 dives with us, was again impressed with what the diving is like around here, and we reckon he’ll submit a job application any time soon…

Not bad for a Saturday morning dive, is it?