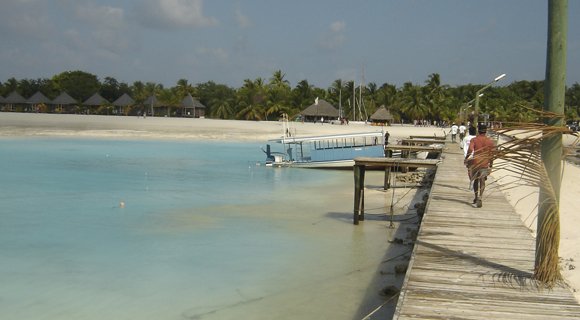 Following a deep sea earthquake off Indonesia one of the largest and most devastating Tsunamis in modern history was generated, which went on to impact the entirety of the Indian Ocean, and its surrounding countries.

Across the region hundreds of thousands lost their lives, with over a hundred of those coming from the Maldives, with a further 15000 people displaced across the island nation.

Prodivers were lucky, with minimal damage occurring on the islands on which we operate, although on Kuredu the wave came up and over the pool deck, causing some superficial damage to the area and some of the accommodation facilities.

Despite the huge devastation caused on land, underwater the reef systems survived relatively well, with far less damage seen as a result of the Tsunami than had been seen a few years earlier during the 1998 El- Niño event. And it was not long until Prodivers was back in operation and able to carry on taking our guests out to experience the magic of the Maldives.

To find out more head over to our Facebook page to check out the latest interview with Staffan.