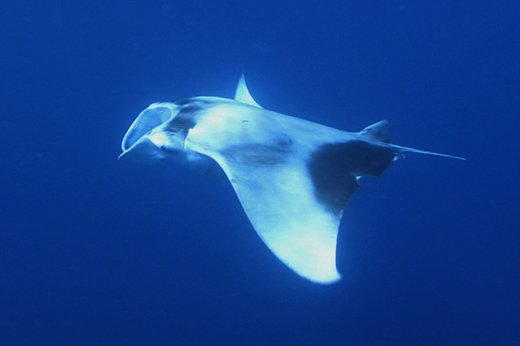 As March came to an end this week, the tide and moon aligned to produce a plankton bloom in the Lhaviyani Atoll.  As the plankton, krill and jellyfish numbers rose across the atoll, so too did the incredible action that we witnessed.

Mantas, somehow seeming to know that their favorite delicacy was in abundant numbers in the water, came out in force and delivered some amazing performances. Both our dive and snorkel boats were blown away this week by the majestic manta rays feasting on the food in the water.

Manta Rays use a technique known as ‘barrel rolling’ to ensure they get the most amount of food out of the water, and this week saw numerous examples of it.

Some fantastic video footage was captured, and the highlights can be seen in ‘The Last 7 Days…On Kuredu‘. Keep an eye out for the beautiful reflections of the Manta rays in the surface of the water, and also keep an eye out for the very rare almost white Manta which was part of a trio stuffing themselves silly with plankton close to the island of Felivaru.