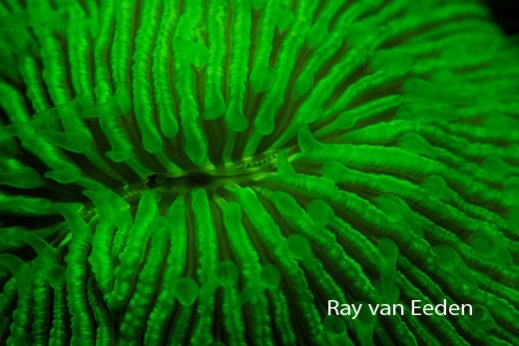 It seems that there is still much more for us to find out about what lies beneath the surface of our oceans.

Anyone that has dived or snorkeled around the Maldives is well aware of the incredible colours on display both on the reef itself, and the fish that live there. The reef however has hidden secrets, which until now, were well guarded.

Following on from recent discoveries by scientists, we thought we would do some investigations of our own to check out what exactly happens at night to a reef when it is exposed to a blue light.  As we headed out with our modified torches and filters, we had no idea what would greet us.  The results from these 2 dives on the Kuredu House Reef and Bodu Giri blew us all away, and we couldn’t wait to share our discoveries.

In addition to these fantastic images taken by Ray, we also have the final installment of Season 2 of ‘The Last 7 Days…On Kuredu’ ready and waiting for you. This movie features the glowing highlights from these night dives for you to have a look at.  We have also prepared a special macro photo gallery containing additional images from Ray, for you to have a look through. 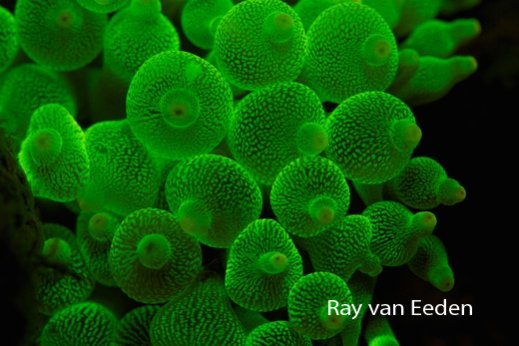 The use of the modified blue light changes the way that the light impacts the reef.  This new way of looking at the reef has highlighted the fact that a lot of species on the reef actually fluoresce. With a normal torch light, the beam illuminates the reef in its true colours.  When a blue light is shone however, the fluorescent corals or fish absorb this blue light and immediately re-emit a different colour, hence making them look like they are glowing in the dark.

Its also not clear as to which corals and fish are fluorescent. The individual species themselves display different characteristics, which suggests that there is no rule as to whether one will fluoresce or not. Even during these couple of dives, we noticed that some anemones would fluoresce, while other ones right next to them, wouldn’t.  We did however establish that, unfortunately, grey reef sharks (one was resting in an overhang) show no willingness to glow!

These first experiences with ‘Fluoro-Diving’ as it is becoming known, have opened up a whole new world again for night divers and snorkelers.

Watch this space as we investigate more about this trippy phenomenon and which of our dive sites offer the most incredible light shows!