Anyone who’s been snorkelling or diving on the reefs of Lhaviyani Atoll in the Maldives, especially on the famous reefs of Kuredu Caves and Kuredu Express, will be familiar with the abundance of sea turtles in the area. A world-renowned hotspot, the reefs here are the place to be if you want to observe these ancient creatures.

Meet Fred and Dylana, they are two of our most regularly sighted turtles and we had the pleasure of seeing them very recently.

Fred was first sighted on the 26th February 2018 at Kuredu Caves and since then we’ve seen him there 16 times. Fred disappeared from our view between April 2018 and April 2019 – he was either avoiding us and very good at hiding or took a trip somewhere! Fred’s shell length measures around 50cm now, meaning he has not yet reached maturity. He is usually seen cruising around the top reef of Kuredu Caves or sleeping in the deeper overhangs there. Fred was adopted by Tobi and Jenny who were the first ones to find him, they are very happy that he is back to being spotted regularly and they are receiving their adoption updates. 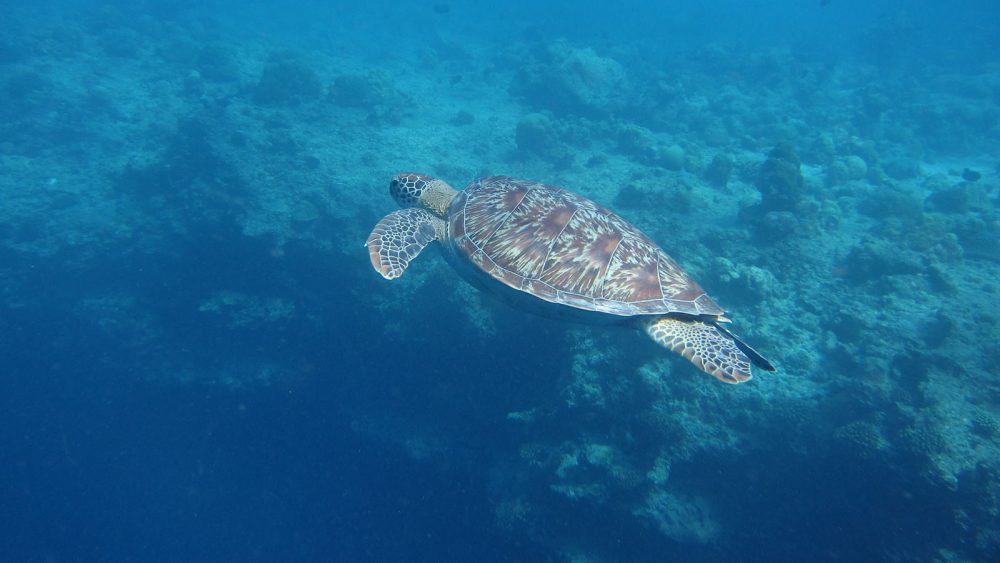 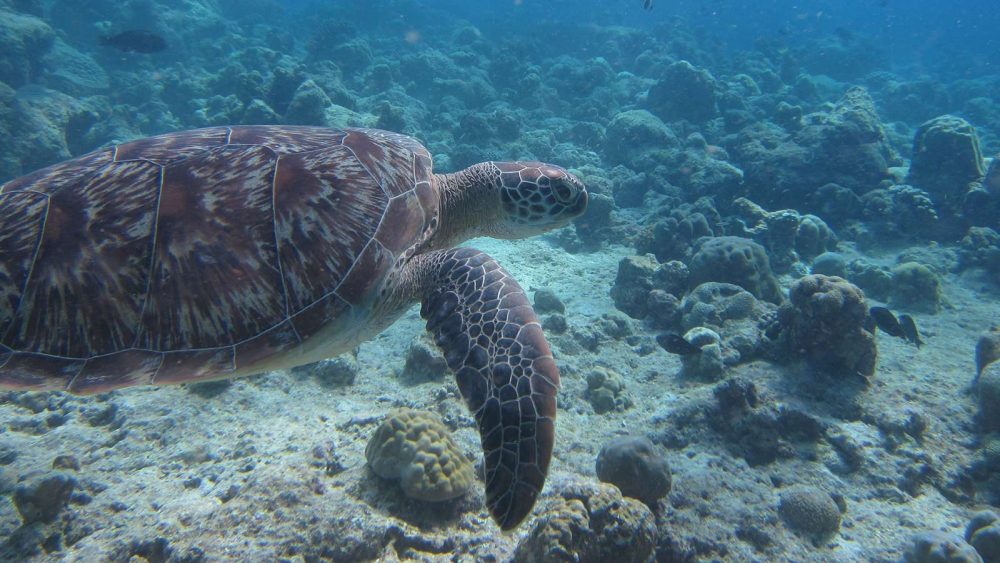 Dylana wins the prize for ‘most seen turtle’, since first sighted on 20th February 2017, she has been spotted an incredible 111 times; she is also the ‘most sighted turtle’ in the area so far this year with 16 occasions where she has been seen. Our most recent sighting of her was in the Kuredu lagoon – also the place of her first sighting. Dylana measures around 55 cm shell length so is still not mature. She often has a remora accompanying her while she swimsa round and grazes on the seagrass. She’s very friendly and doesn’t mind swim alongside just a few metres away from the beach. If all the attention becomes too much she simply turns around and calmly swims away. 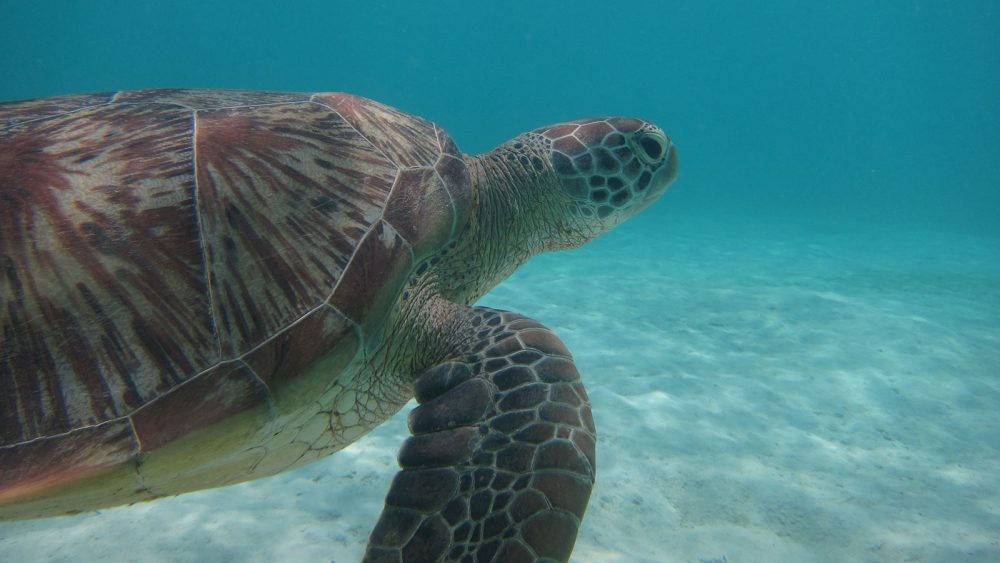 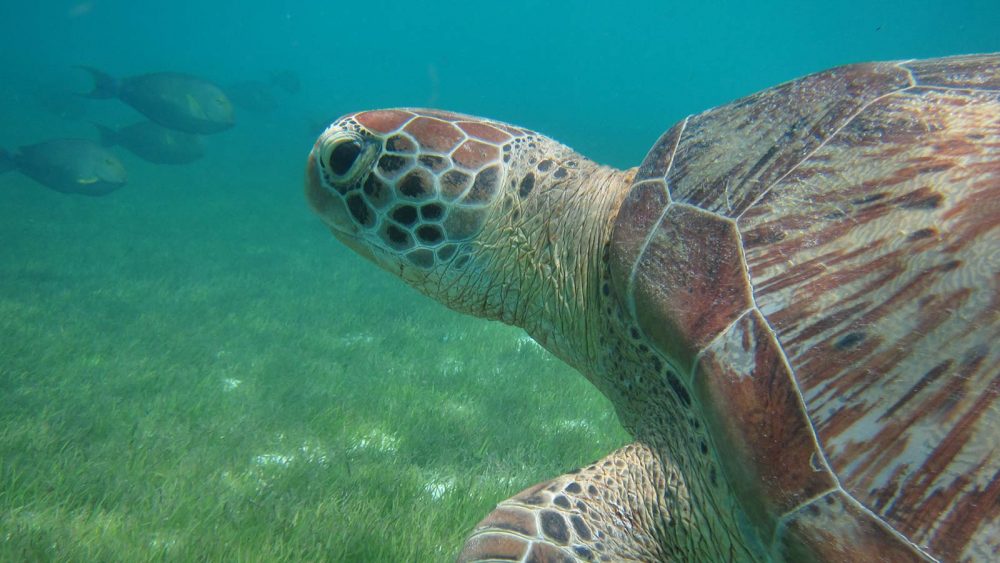 Any encounters with sea turtles should be respectful, please take the time to check the Sea Turtle Code of Conduct before swimming, snorkelling or diving with them.