Another lucky encounter for Komandoo divers 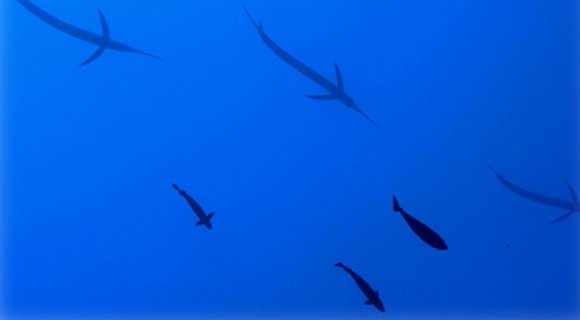 A few dives ago, Rosa, Josep and the lucky divers on Komandoo had a nice encounter in Fushivaru Kandu.

The current was incoming but not too strong, the visibility was as good as it can get in the Maldives, roundabout 50 meters. We started the dive at the corner, in front of the Fushivaru island. The plan was to dive the channel ledge up to the front of the Thila and then dive slowly up to it. We had some grey reef sharks right from the beginning. We continued diving that ledge, we could see deep down to the platoon and there were more and more sharks coming at us, along with schools of jacks, snappers and some big tunas. 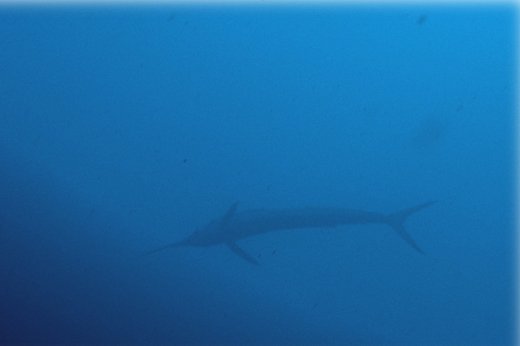 We also had a group of twelve eagle rays circling us, but the highlight was three marlins that passed by, turned around and swam above us for a few seconds. Those were some magic seconds! We didn’t turn around, we just went on and on along the ledge until we had to start our ascent in the middle of the channel. One of the divers, Mr. Sebastien Micheloud, a repeater guest, dive instructor, rebreather user and had his D700 with him, could take that shot. Unfortunately the marlins were not as close as we would have loved, but at least they left us with some great memories of the dive!