Maldives – One of the Few Shark Sanctuaries in the World

The Maldives is currently one of few sanctuaries for sharks around the world, more than 30 species are found in its protected waters and 29 of those are globally threatened. Shark fishing was totally banned in the Maldives in 2010 and this, along with the ban of large-scale fishing methods, creates a safe haven for these magnificent creatures. It is estimated that, globally, around a hundred million sharks are killed each year (both by targetted fishing and as bycatch), they are being killed faster than they can reproduce, making the Maldives’ sanctuary vitally important.

Sharks are of course a highlight for tourists who visit the Maldives for scuba diving and snorkelling but, more importantly, a healthy shark population is vital for the health of the oceans and consequently, our entire planet. A healthy shark population keeps a balance amongst other species, without them, other species would become too numerous, monopolising food sources and the diversity of the ecosystem would decline. Simply swimming through the water column benefits the ocean, it creates a mixing of nutrients from deep to shallower water, this encourages phytoplankton growth which forms the foundation of food webs in the ocean – without it there is no food for smaller creatures. Nature is a fine balancing act and shark populations are crucial to it not tipping out of control with a catastrophic loss of species and ecosystems such as coral reefs and seagrass meadows. Apart from their crucial role in maintaining diversity, sharks are also a great carbon sink; when they die they sink to the ocean floor and the carbon contained within them is ‘locked up’ for thousands or even millions of years and carbon dioxide is prevented from entering the atmosphere. The effects of a declining shark population are far-reaching, on land as well as in the oceans.

Sharks have been around for over 400 million years – fossils have been found to show that they have roamed our seas since before the dinosaurs and have not changed all that much since then. The global community has a part to play in keeping sharks in our oceans and as divers and snorkellers, having seen the beauty of the underwater world, we are in a prime position to be ambassadors for them.

The Maldives government were recently rumoured to have been considering lifting the shark fishing ban and many of you, as well as thousands of others, supported the #SaveOurSharks campaign. We would like to thank you for your support and are happy to report that a lifting of the ban is not being considered at this time. We would urge you to continue to do all you can for sharks and stay informed of any future developments that may put sharks at any further risk, not just in the Maldives but worldwide, it is through a collective continuous effort that we can make a difference.

We look forward to showcasing the huge variety of sharks on our many dive and snorkel trips, with everything from baby blacktips learning to hunt tiny fish in the lagoons to huge whale sharks cruising silently by in the blue – thrilling shark encounters await and you can learn lots about them on the PADI Specialty course too! 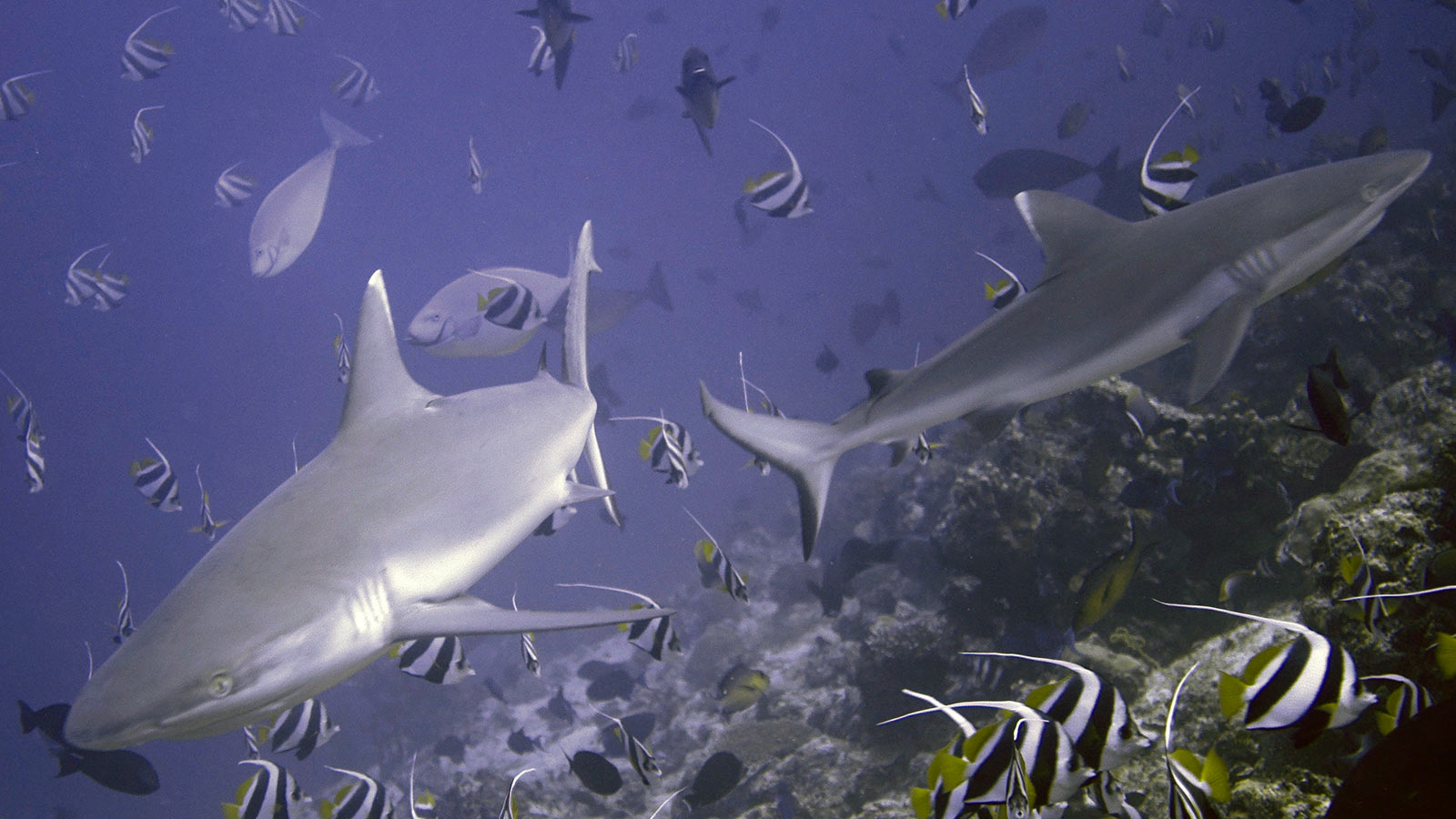