Scuba divers choosing the Maldives’ Lhaviyani Atoll for their underwater adventures will be thrilled with the variety of reef formations there are to explore and in this, the second of the three-part series on dive site topography, the outreefs of the atoll are in the spotlight.

Outreefs are the reefs forming the very outside edges of the atoll and their structure is dramatically different depending on which side of the atoll they are situated.

Along the Western side of the Lhaviyani Atoll every outreef is a wall with many large overhangs containing beautiful sponges and small eels. A favourite of the Hurawalhi team is Gaavirifaru Outreef. Shy, yellow-mouth moray eels are often found hiding in holes and female napoleons can be spotted swimming in the shallows. Venture a little deeper and divers can visit overhangs at around 20-25m and with luck, a 2-3 meter long nurse shark can be seen too. Another amazing dive site with this structure is Kuredu Caves and it is home to a large community of green sea turtles. They love to wedge themselves into the overhangs to get protection from current and take a rest after a long day of eating sea grass. This site is also known as turtle airport and once dived the reason will be clear – the constant ‘taking off and landing’ of the turtles in and out of the caves!

The reefs on the Eastern side of the atoll are characterized by sloping outreefs. Mashura is one of Hurawalhi’s favourites; it’s a rocky dive site with a large cleaning station in the middle, which is always covered in humpback snappers, yellow snappers, cleaner shrimp, sweetlips and red-tailed butterfly fish. Around this area there are also many scorpion fish and honeycomb moray eels and if you look closely in the carpet anemones you can find porcelain crabs opening their feather hands into the current to catch some food particles drifting by. There is a good chance of male napoleon wrasse and eagle ray sightings along this reef.

The difference in the formation of the reefs on the opposite sides of the atoll is quite dramatic and it’s definitely worth experiencing both. Diving the outer edges of the atoll brings the chance to see larger pelagics that may be cruising by, in the ocean absolutely anything is possible so don’t forget to gaze out into the deep blue water during the dive, whether on the slopes of the East or the walls of the West.

Look back at Part One of the Dive Site Topography series for Lhaviyani Atoll’s underwater islands and next time, in Part 3 the exciting corners and channels will be featured. 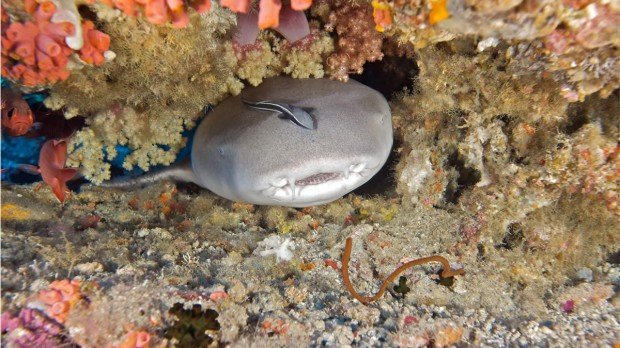 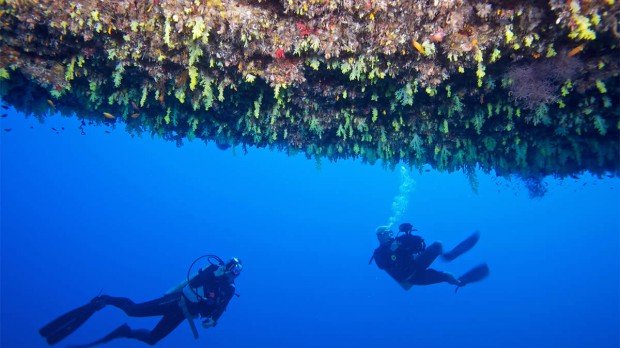 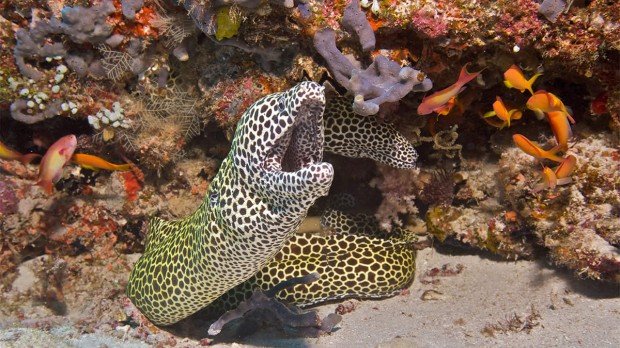 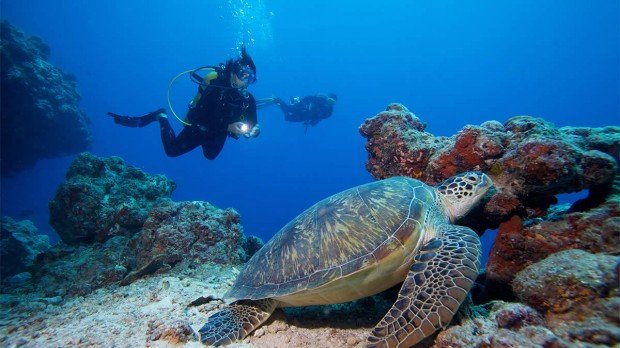 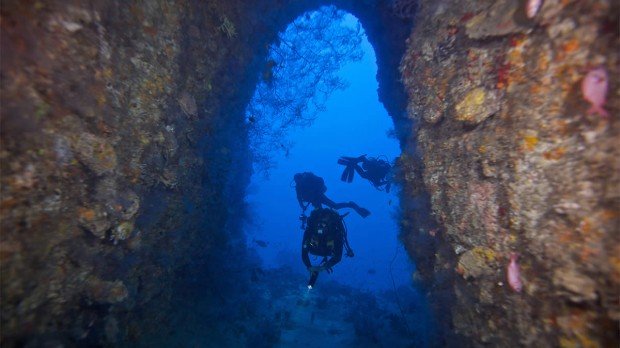 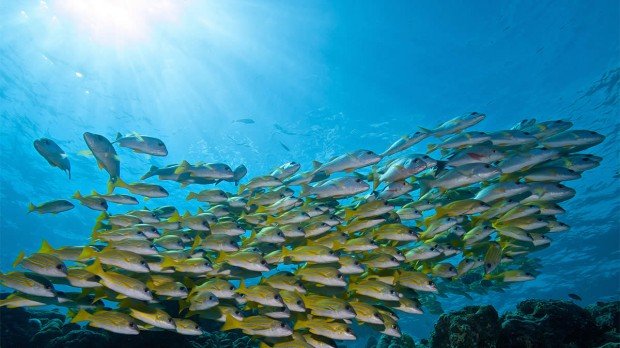