At the beginning of March the annual football tournament took place on Lily Beach. Prodivers sponsored one of the 6 teams, which competed for the victory of the 2nd Inter Department Lily Futsal Cup 2018 in 11 exciting matches.

The tournament was opened with the match between Water Sports and the mixed Prodivers/Transport Team, managed by Senior Instructor Atheef. Our team won the first match and as well the following two games against the Admin and Food & Beverage teams. In the final, our well-managed team had victory against housekeeping 4 – 3 and thus got hold of the highly anticipated trophy.

Our supportive diving repeater guests presented the trophies to the winners and to the best players. The tournament was once again a great success and we thank all guests and staff for the great atmosphere. 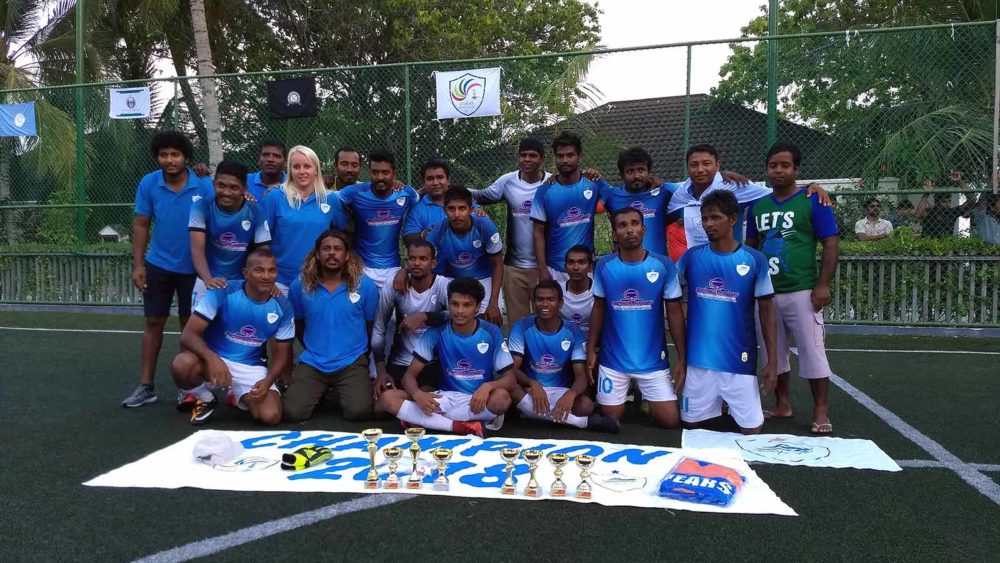