The House Reef at Kuredu Resort Maldives is home to quite a gathering of Common Octopuses – we regularly see them whilst diving and snorkelling the reef. If you decide to explore the House Reef you will probably discover one of these fascinating creatures – but you’ll need to look carefully as they are masters in disguise!

The House Reef at Kuredu is perfectly placed for you to explore independently with your snorkel buddy, but, if you prefer, there are Guided House Reef Tours, where our Snorkel Guides will show you the reef and point out the many interesting creatures living there.
Divers will discover the House Reef on the orientation dive and are then welcome to dive it with a buddy without the need for a guide – just let the Dive Center know and the tanks will appear at the hut on the jetty for you.

Jump in and see if you can spot a Common Octopus on the reef! 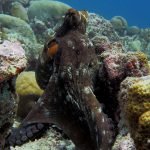 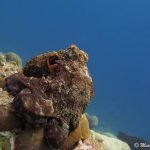