Here on Kuredu, it’s time to bid a fond farewell to Karola and Nika and at the same time welcome Steve who will be taking on the position of Dive Center Manager.

Steve brings with him a wealth of experience of working in the Maldives, he has been diving the beautiful reefs of this island nation since 2003 when he started working at Kanuhura. Having also worked on Komandoo before heading south to Vakarufalhi, Steve is very happy to be remaining in the Prodivers family as well as being back in the familiar territory of the Lhaviyani Atoll and he is very much looking forward to his new role with the wonderful Kuredu team.

Steve takes over from Karola who has been the Dive Center Manager since 2016. Her career with Prodivers began in April 2009 when she started working in the office, she soon moved to the snorkel section guiding the guests around the amazing reefs. In 2012 she became a dive instructor before getting promoted to manager – a great example of the career progression available with Prodivers!

“Meeting a bottlenose dolphin on Anemone Thila, scooter dives at KFFC amongst lots of silvertip sharks and having the pleasure of taking the many repeater guests out on the boats.”

Snorkel Section Manager, Nika, is also saying goodbye, she started working with Prodivers in December 2014 as a snorkel guide before taking on the role of manager. Nika has had many wonderful experiences during her snorkel trips around the reefs of Lhaviyani and when asked which one would stay in her mind it was…

“Snorkelling at Fushivaru with more than 30 mantas and spinner dolphins at the same time!”

Karola and Nika are embarking upon a backpacking adventure in Asia; everyone at Prodivers would like to thank them for the dedication and commitment they have shown during their time on Kuredu and wish them well for the future, ‘Happy back-packing!’ 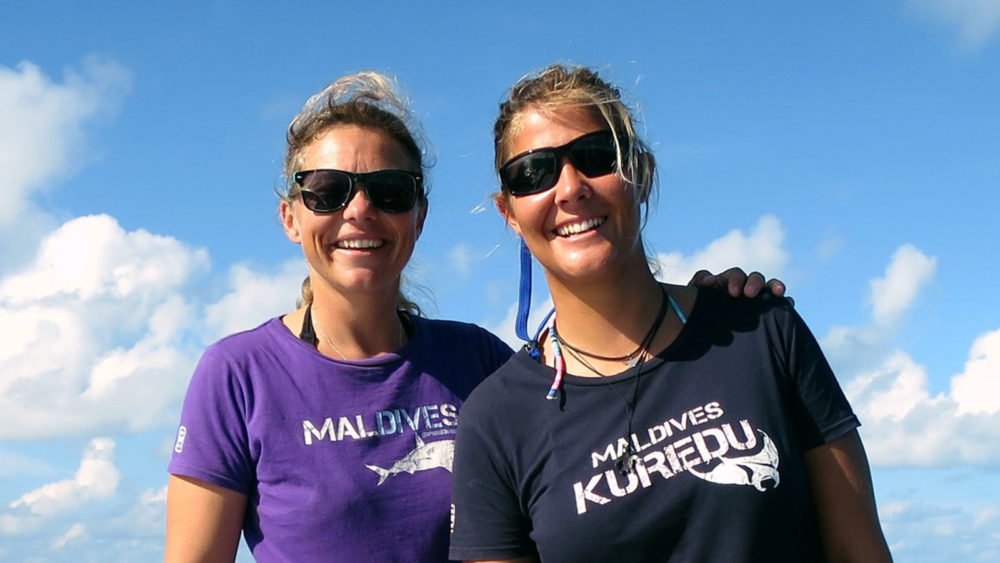