Divers who signed up to join the Noon Atoll full-day trip with Kuredu Prodivers hoped to see some ‘big-stuff action’ with the locally renowned shark spot, Orimas Thila, high on their agenda. They got rather more than they bargained for…

On their way back, whilst on their dhoni, crossing the channel between the Noon and Lhaviyani Atolls, something big was spotted in the water – or rather something massive!

In fact, they witnessed the largest creature ever to have lived on Earth – a Blue Whale! Great excitement ensued and estimates of size range from ‘huge’, 12 metres and 18 metres. Blue whales can grow to over 33 metres in length and have a heart weighing as much as a car. Their huge mouth can fit 100 people inside but, fear not, we are not on their menu; Blue Whales are filter feeders and eat krill – shrimp-like invertebrates.

Blue Whales have been around on Earth for about 54 million years and were once prolific, but in the first half of the 20th century they were almost hunted to extinction. There are now an estimated total of 10,000 – 25,000 individuals left on the planet and the International Union for Conservation of Nature (IUCN) Red List rates them as ‘endangered’. While whaling is no longer a threat, increased shipping leading to more collisions, oil spills and climate change all threaten the existence of the majestic Blue Whales.

The ocean is full of surprises and, as well as the usual exciting encounters of sharks and manta rays, as you can see, every now and then something a little more unusual and unexpected turns up. 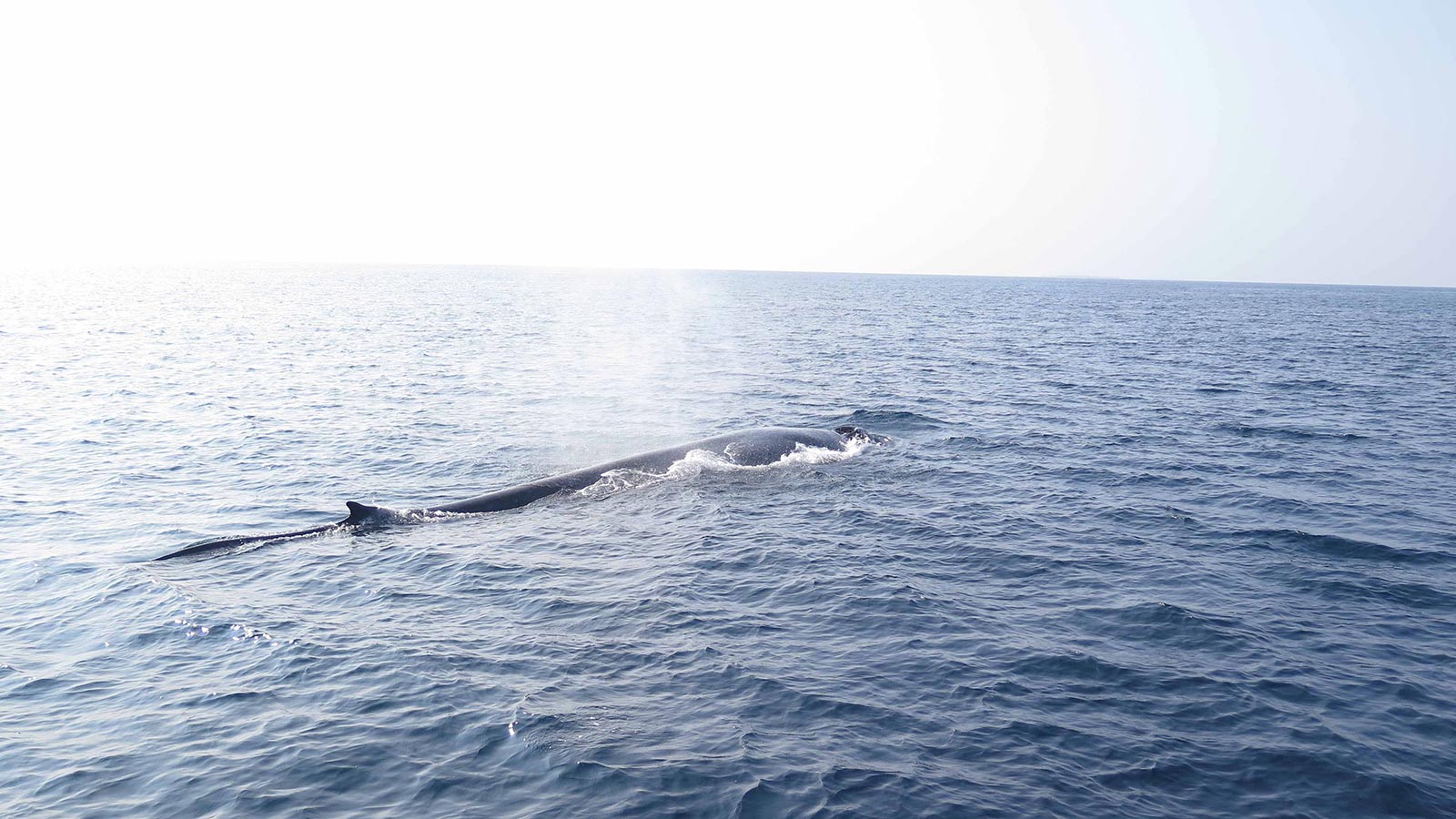