What a year 2017 was! It was certainly one that will stick in the minds of the Prodivers team on Kuredu. They took a trip down memory lane and picked the underwater highlights that made 2017 very special, here’s the best of that past year…..

Sharks have played a big part in the 2017 highlights – a tiger shark on Fushivaru for Jacob and also on Zafari for Pierre, lots of silvertips during a scooter dive on KFFC for Charl & Saoirse, Carola saw her first leopard shark on Zafari and Sabine had a great time snorkelling in the ‘kindergarten’ that is the lagoon on the north side of Kuredu – she saw 3 baby lemon sharks and lots of baby blacktips! Karola, Karin and Svenja snorkelled with two guitar sharks in the Kuredu Lagoon for over an hour – a rare privilege indeed. Laura and Julia had a surprise encounter with a Silvertip Shark during a current check – it was very close to the surface and certainly not what they expected as they jumped in. The sheer number of sharks on Orimas Thila in Noon Atoll is what made 2017 for Alejandro and sharks even featured as trolley boy Alhas’ highlight – he saw a big shark, maybe 2.5 metres long, next to the jetty while he was waiting for night divers to return. 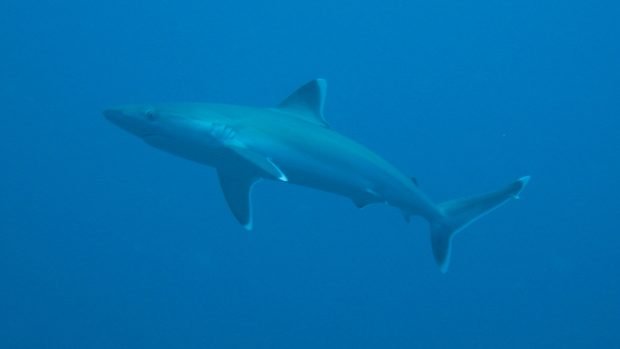 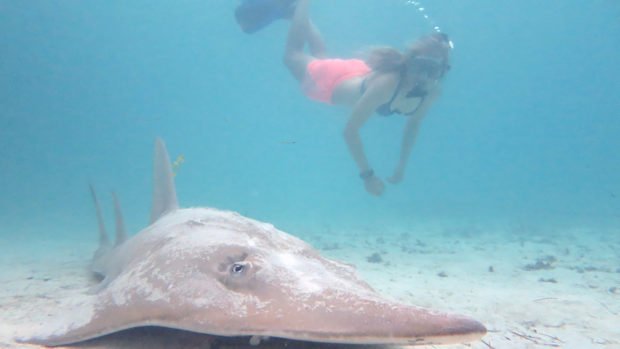 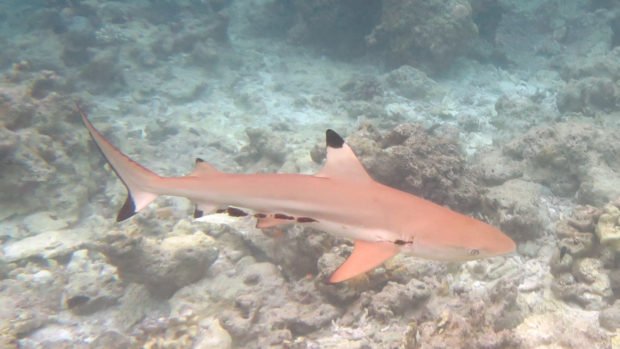 Ludwig spent 10 amazing minutes scootering between three sailfish with his guests, it was only meant to be one highlight each but his second was too amazing not to include as well –200 dolphins whilst diving at Kuredu express on a sunrise dive – Wow! Nicole from the office loves scooter dives too and she enjoyed an epic one on Felivaru Kandu, along with good friends from South Africa – they saw sharks, eagle rays, turtles and stingrays.

The small stuff has also made it onto the list of honours – Giuliana & Rameez were absolutely blown away by the tiny frogfish they saw on Latheef. 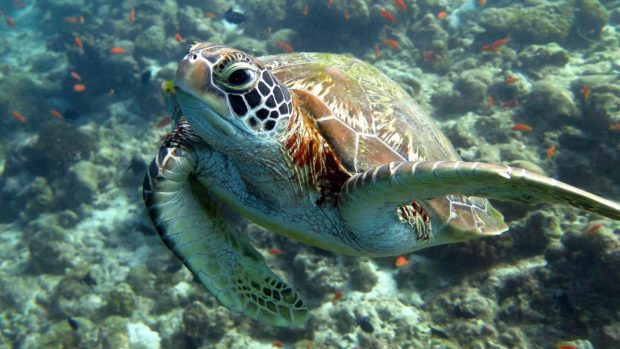 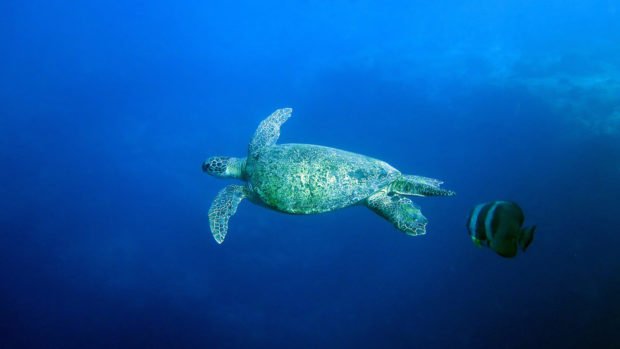 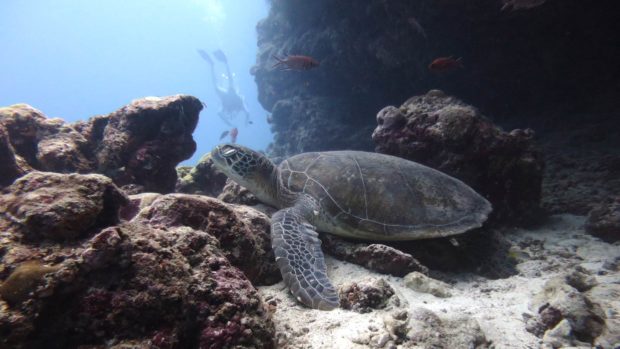 Zoë had a very lucky encounter – she was able to snorkel with 15 pilot whales close to Caves. Nika snorkelled with manta rays and bottlenose dolphins at the same time at fushifaru and Elena from the office team had a magical manta experience – they were barrel rolling very close to her when she joined a snorkel boat.

Ibrahim, a.k.a. Panda, had an awesome time diving on the House Reef with mantas and Pierre watched the spectacle of 15 mobulas passing slowly over his group at KFFC.

Armin had a very memorable time with guests who came to Kuredu with their rebreathers, they spent many enjoyable dives exploring the channels on scooter, especially Fushivaru and KFFC; the bubble-free diving enticed the sharks, eagle rays, tuna, barracuda and napoleons much closer than normal – it was impossible to tell who was checking out who. The underwater experience wasn’t the only highlight – the smiles of the guests on the boat after the dive were something he will remember too!

For Ray it was the rays that made it to the top of his list, to be precise, a huge school of 41 eagle rays that he saw in the Peak channel together with lots of silver tip and grey reef sharks – what a great dive.

Last, but by no means least, Staffan, his underwater highlight of 2017 was the fantastic experience of the dive he did in December, together with more than 30 repeater divers that had dived with Prodivers so many times over the years. 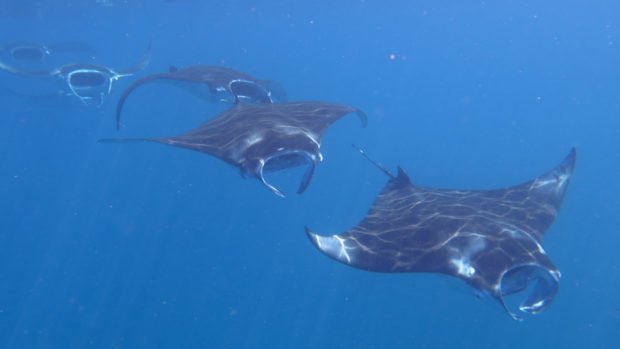 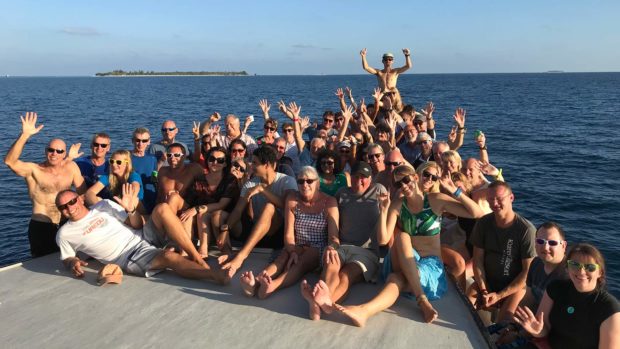 So, that was 2017 in a nutshell, and a very tricky task it was to have to narrow it down to one highlight each. The dive and snorkel teams are looking forward to making new underwater memories in 2018 and look forward to sharing them with you. 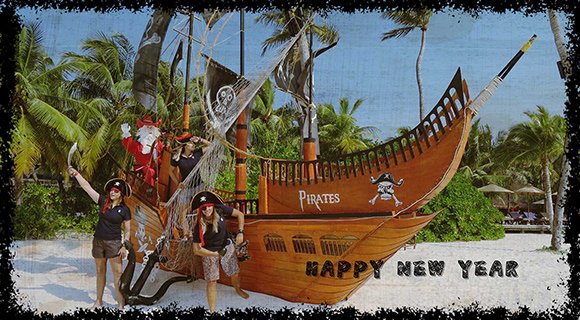