Love is in the air…and underwater at Komandoo

The Prodivers team had the privilege of being caught up in a whirlwind of excitement when they learned of the plans one of their diving guests was hatching. Months before he actually set foot on the island, Marc from England, together with the Prodivers Team on Komandoo, was busy secretly planning a big surprise for his girlfriend Barbara…he was going to propose to her during their upcoming holiday, whilst underwater!

Barbara had absolutely no idea of Marc’s plans or of all of the plotting going on behind the scenes. He made a fantastic banner posing the big ‘Will you marry me?’ question, with ‘yes’ and ‘no’ boxes to be ticked. He chose the ring, booked the photographer and jumped on a plane with Barbara to one of the most romantic resorts in Asia, ready for the surprise proposal.

The couple took their PADI Open Water Diver course and, just after it was finished, Marc popped the question. Barbara put a tick in the ‘yes’ box, Marc produced a beautiful shiny engagement ring and they even sealed their love with a kiss underwater! Their instructor Sally who assisted as the ‘banner holder’, and Steffi, ‘official photographer’, witnessed the happy occasion.

Romance isn’t just for Valentine’s…it’s for diving too! 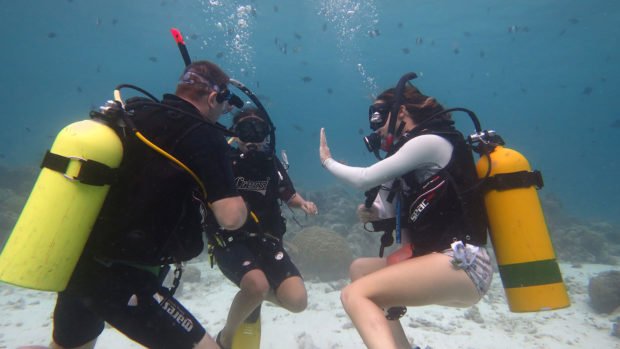 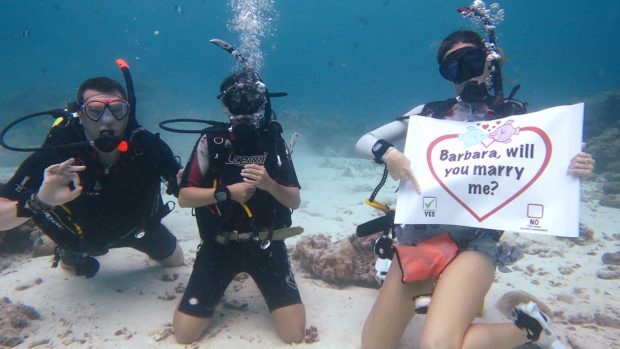 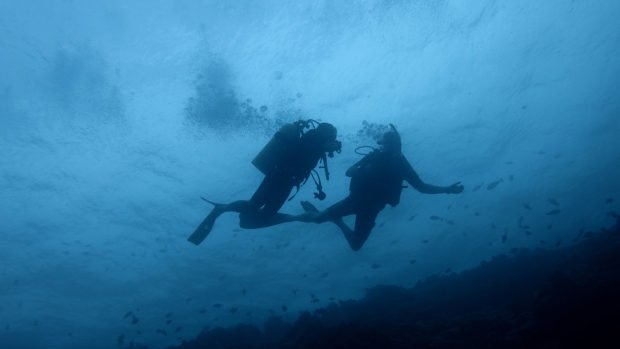