Following the dramatic rescue of an Olive Ridley sea turtle, members of the Komandoo Maldives team went along to the Naifaru Atoll Marine Centre to witness the happy occasion as the turtle was released back into the ocean.

The turtle, named ‘Michael Jordan’ by Marek, was found entangled in netting and suffered minor injuries and scratches as well as severe dehydration. Under the excellent care of the Marine Centre, the turtle was nursed back to health during its 6-week stay there. For the first two weeks it refused to eat and consequently, lost weight. Turtles can go for periods of several months without eating, such as when they are preparing to lay eggs, so the lack of appetite wasn’t a great cause for concern but the marine biologists wanted to make sure Michael Jordan was in the best possible health before returning to the ocean.

Release day was quite an occasion – Saizzudin, Ibbe and Marek, along with team members from Komandoo Food & Beverage and Housekeeping departments all went along to Naifaru to see the happy event. It was the first time the group had been to the Atoll Marine Centre, they enjoyed a tour of the facilities and a talk about the work carried out there with the turtles. There was an opportunity to ask questions and everyone came away with a much greater understanding of the turtles’ life cycle.

It was an extremely happy and rewarding day for the rescue team, and such a privilege to be able to be part of the next chapter in this turtle’s life. 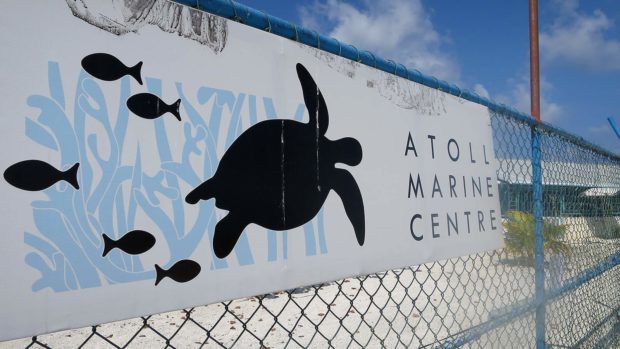 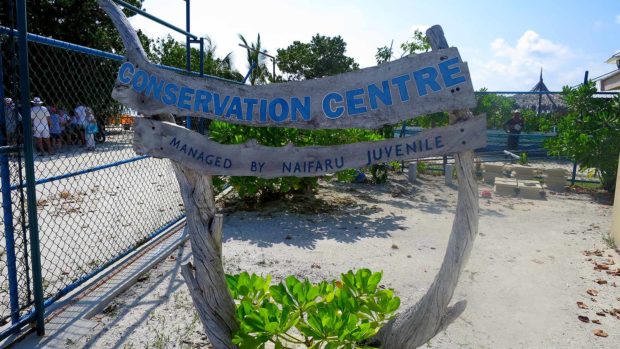 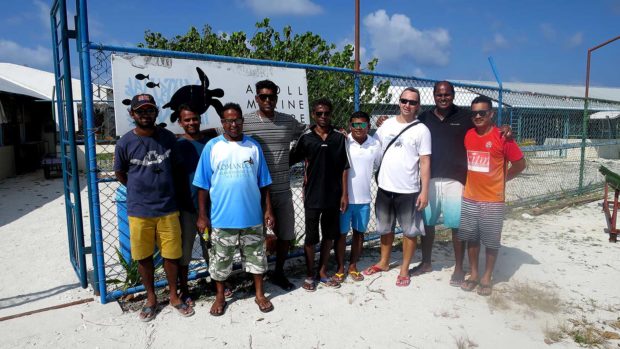 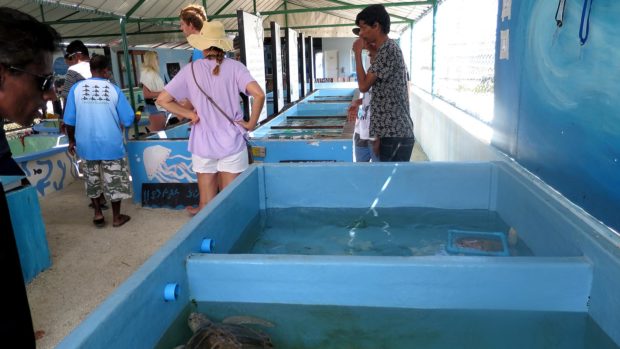 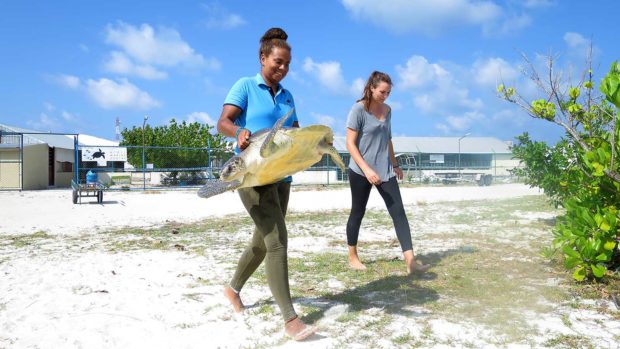 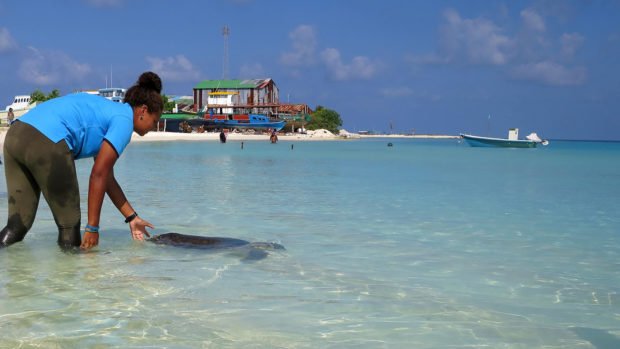 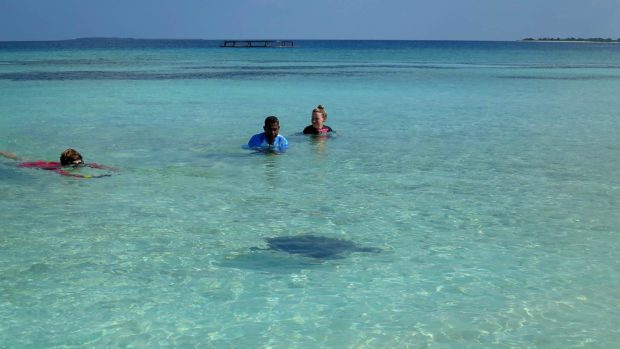 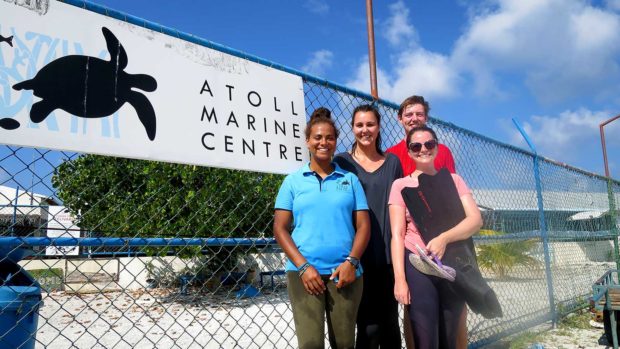 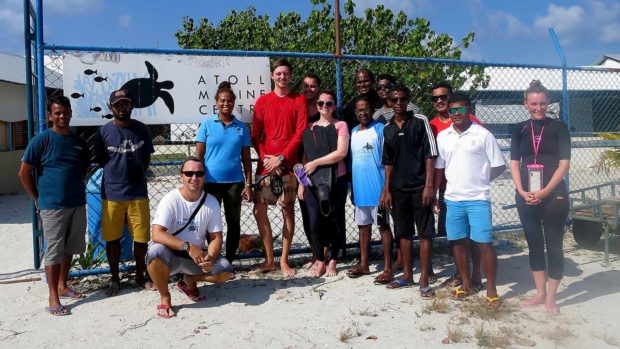 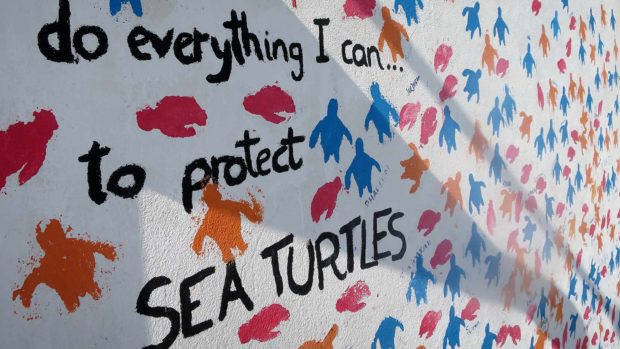