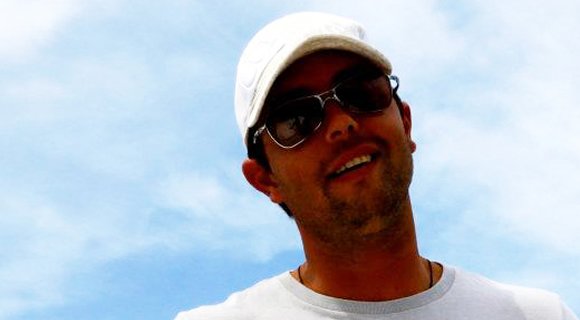 After a short cutoff in the instructor diaries, they are back. And this month we would like to introduce you Mr March – Benoit.

Ben is by all accounts a bit of character on the island; having recently completed his 1st year here he has had the chance to make an impression on many guests over the last 12 months. He has worked in the Seychelles and Caribbean before joining us here in the Maldives where he has been able to put his ample experience to good use in instructing and guiding our guests through the art of diving. Speaking fluent French and English (despite appearances, he does assure us he is actually French) he will often split his time between courses and guiding on the boats. A big fan of scooters and channel crossings, he is arguably our kandu king – or at least he would like to think he is. 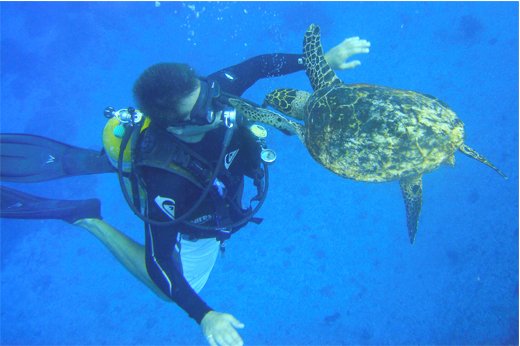 Outside from diving Ben splits his time between staying in bed watching films and hitting the gym, tennis court or football pitch – he is in other words a lazy sportsman. Fortunately for the rest of us he is also quite a social one and will often join the staff and guests for a drink in the evening and on Friday a dance in Babuna. Those of you have been fortunate to know Ben will also probably have noticed that he is charismatic, good looking, and charming. This week saw it reach new levels as during a dive on Zafari he was forced to fend off the advances of an over amorous turtle, who decided Ben could offer a nice little ride, or at least a little kiss!

We will look to keep you up to date on all of Ben’s antics over the next few weeks, however a Welsh win in the rugby may have set the standard for the following week for one our favorite Frenchies.