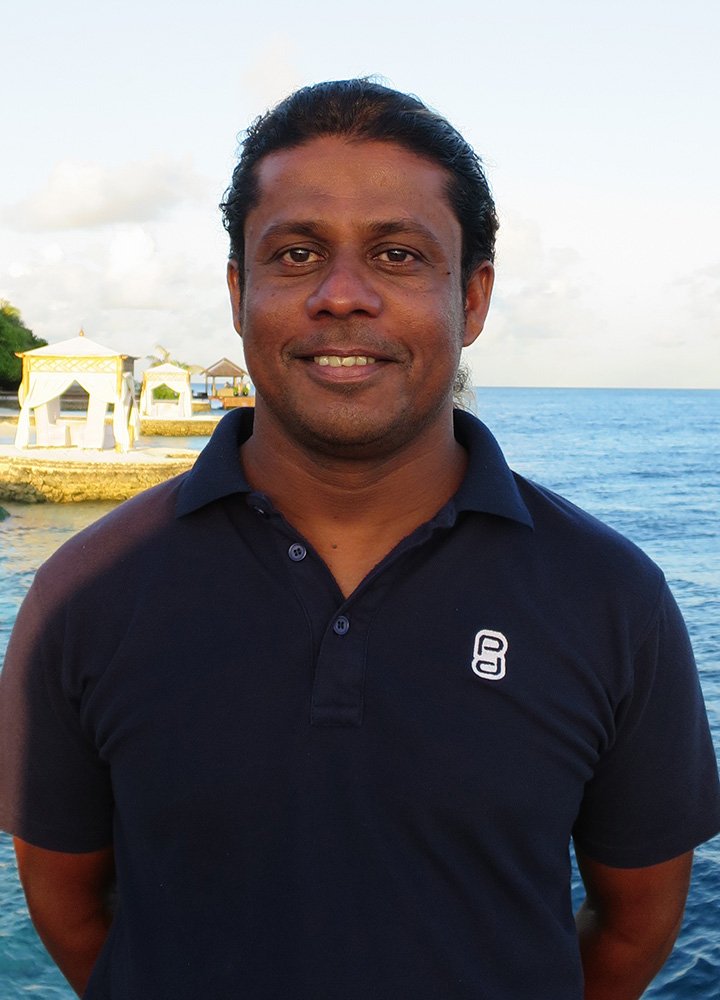 Dhivehi, English and even some German

Atheef hales from the local island of Mahibadhoo and affectionately refers to his home as the “United States of Mahibadhoo”. He did his first ever dive in 1994 on the island of Mirihi. Now having accumulated over 9,000 dives during the last 20 years, there is not a dive site in the South Ari atoll that he does not know.

Atheef has many funny & interesting dive tales that he can tell you. The best ones often include the phrase “seriously…” He is probably one of the few people that can say that he has night dived Kuda Rah Thila.