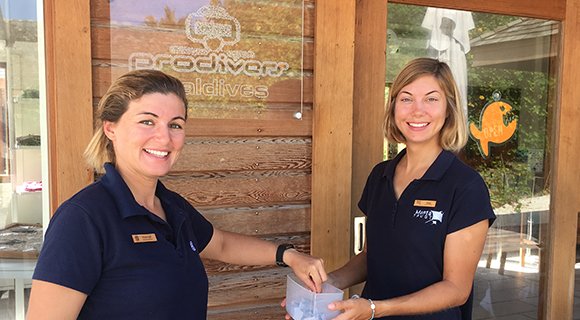 3rd March was UN World Wildlife Day and to mark the occasion, Hurawalhi Prodivers and the resort’s resident marine biologist organised a series of activities to help our guests realise just how special the natural environment here around the island is.

After Lisa’s wonderful presentation on the variety of coral reef life, guests could admire the beauty of the reef first hand during a guided snorkelling tour on Hurawalhi’s house reef.

This year’s World Wildlife Day will be especially memorable for Haser John, who was the winner of Hurawalhi’s social media competition, in which we invited you to suggest a name for one of the juvenile green sea turtles. The turtle, which had previously been known as GR329, and first identified on 17th January at Kuredu Caves, is now proudly referred to as Huravelaa. We regularly pay visits to Kuredu Caves, a.k.a. Turtle Airport, so it’s just a matter of time that we will be able to provide you more updates on Huravelaa – hopefully we can soon determine its gender, too. Should you also wish to adopt one of the resident turtles, you can do so during your holiday at Hurawalhi, and thereby support the charity work of our colleagues at the Olive Ridley Project.

The wildlife around Hurawalhi is one of a kind: from manta rays and dolphins to turtles and sharks – and everything in between – it’s a special privilege to be able to see them in their natural environment, as well as a responsibility to do everything that is in power to keep the ocean intact for many generations to come.

Thank you for joining us and for allowing us to share our fascination and care for ocean with you! 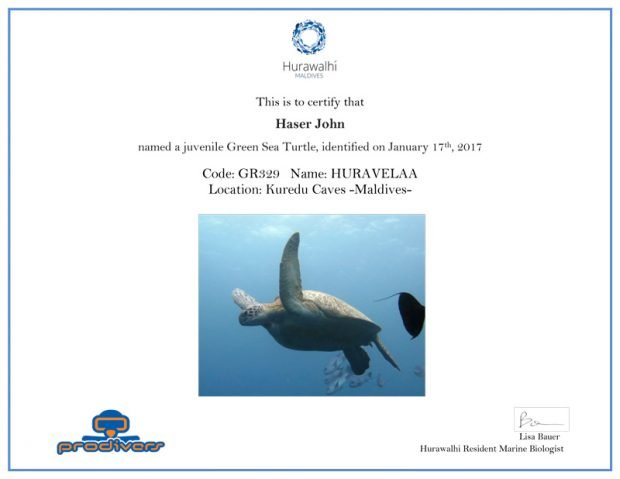