Just three words to start with: Hammerhead at Express! 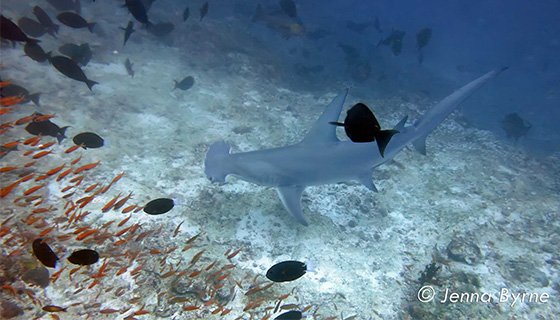 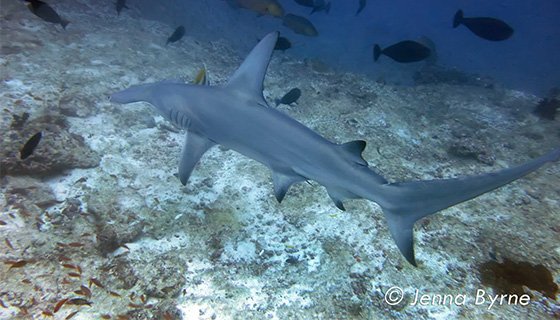 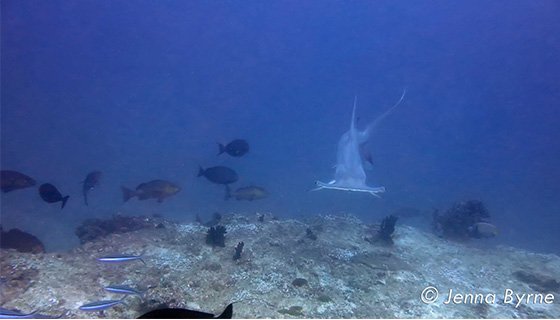 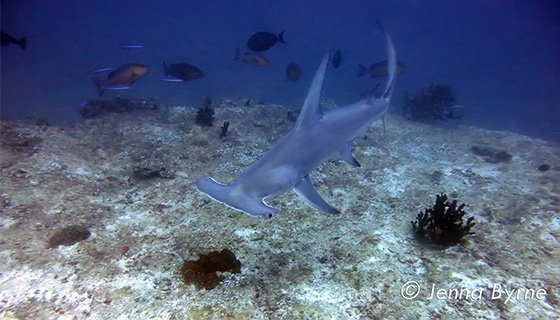 With a face only a mother could love, one you’d think could only be a figment of imagination of horror filmmakers, Hammerhead Sharks are a fascinating sight. They are rarely seen in the Maldives, and as this was already the second sighting this year (the first one was spotted earlier this year at Fushivaru), there really seems to be something special about dive sites around Kuredu.

While the odds of seeing some big fish action at Kuredu Express are good, our divers had no idea their dive trip would turn into an epic one. They had expected to see schooling Eagle Rays, Grey Reef Sharks, Napoleon Wrasses, Sting Rays, all the usual suspects, but they had to pinch themselves a bit to ascertain the Hammerhead swimming right past them wasn’t a mirage. Everyone got a really close look at it; the shark, known for its oddly, mallet-shaped head and a highly developed electro-receptive sensory system, was unbothered by our divers being at the reef—in fact, we felt it was enjoying them snapping away at it, and wasn’t in too much of a hurry to go places and do things.