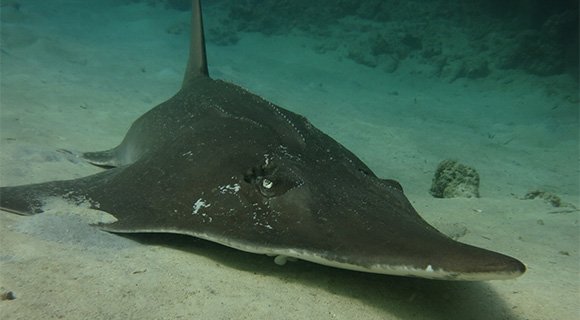 Last week saw Hannah’s Open Water students come across one of the ocean’s most curious looking creatures – the guitar shark. The best part about the whole thing was that it was right next to our hut on the jetty where the divers kit up, resting in just 3m of water! Hannah and Armin’s students were fortunate enough to snorkel with it.

As news spread through the dive center, Ana grabbed a camera and her Open Water student Edward from the classroom and headed off to the jetty to see if the guitar shark was still there. As more and more guests realized that there was something special in the water, they all had the chance to get in the water with the rare fish.

The guitar shark is actually a ray, but is often confused for a shark. The one at the jetty was just 1.5m in length, but they can grow up to 3m, and weigh over 200kgs!

The guitar shark is listed as vulnerable on the IUCN red list. It is believed that populations have dropped dramatically due to unregulated fishing of the ray for its fins and flesh. 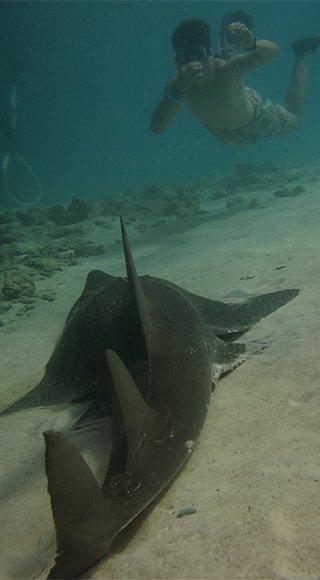