Anyone who has dived or snorkelled with us in Lhaviyani Atoll will have seen turtles either resting on the reefs, swimming up for a breath of air, or grazing on the seagrass meadows. The Maldives’ largest community of green sea turtles resides at the reefs around Kuredu Resort Maldives and guests can join our Marine Biologist from the Olive Ridley Project for educational adventures with them. Spending time with these endangered creatures is a huge privilege that cannot fail to leave you wanting to help them to ensure their survival. Pop into the Marine Center at Kuredu to meet our marine biologist and find out what you can do to help turtles.

It’s not just the underwater realm that Kuredu’s green sea turtles love though, they use the huge swathes of white sandy beaches for nesting too. The main nesting season in Lhaviyani Atoll is from November to January, with some nests laid at other times too. During Kuredu’s last main nesting season, 9 nests were laid with a total of 1057 eggs of these 750 eggs hatched – this might sound like a lot but considering the survival rate of hatchlings is just 1 out of 1000, it could be that none of these survive to maturity. Every attempt, every nest, every egg, and every hatchling counts.

The Olive Ridley Project is currently raising awareness of the Maldives’ most important green turtle nesting grounds, Gaadhoo island in Laamu atoll, to encourage long-term protection. You can read more about this important site in the Olive Ridley Project article: L. Gaadhoo: The Greatest Green Sea Turtle Nesting Site In The Maldives. You can follow and join their social media campaign here: #GreenTurtlesGaadhoo

If, on your next visit to the Maldives, you are lucky enough to witness a turtle making her way up the beach to nest, please stay quiet, don’t approach and don’t use torches – if the turtle is disturbed she will abandon attempts to nest and return to the sea. If you see hatchlings, allow them to run, uninterrupted, from the nest to the sea as soon as possible, they should never be kept from the sea as they lose energy which reduces their chance of survival even further. The Olive Ridley Project Code of Conduct should be adhered to around these endangered animals – we all have a duty to protect them in every stage of their life cycle. 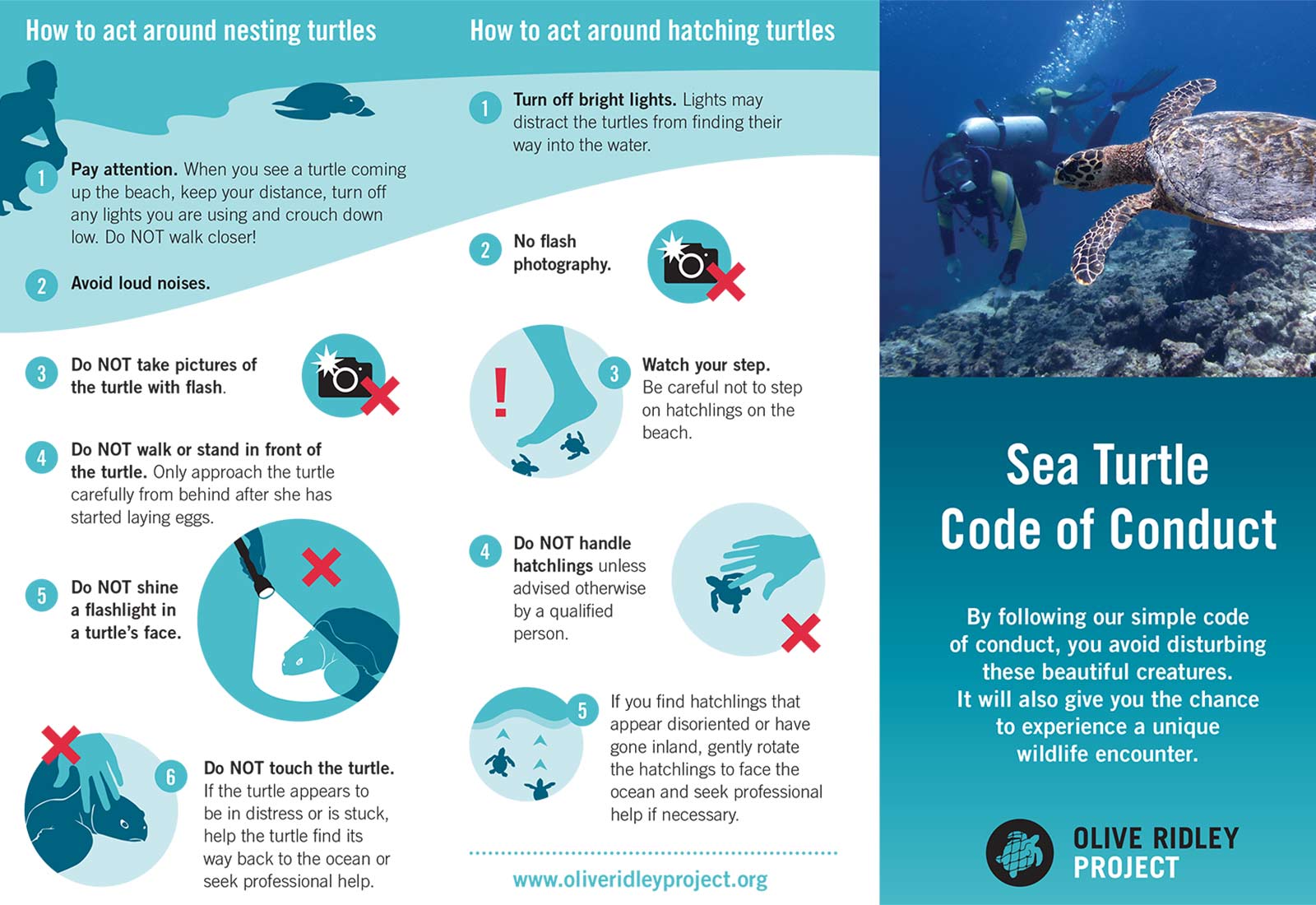