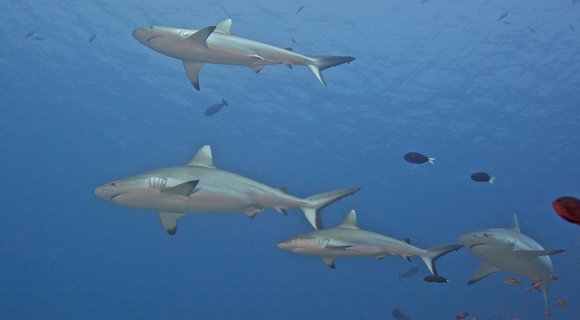 Komandoo have had a very productive week of diving, managing to get in a full day up to Noonu Atoll, as well as visiting many sites within the Lhaviyani Atoll.  Lots of sharks were around Orimas Thila, although the highlight of the day was a giant Frogfish found on Raafushi. Christmas rocks soft corals also added a great dive to the day – with the large numbers of reef fish playing in the swirling currents around the small thila.

Sharks were also to be seen on Kuda Kandu, Express and Caves, along with the resident turtles resting in their overhangs, and squads of eagle rays were spotted off Kanihura Corner.